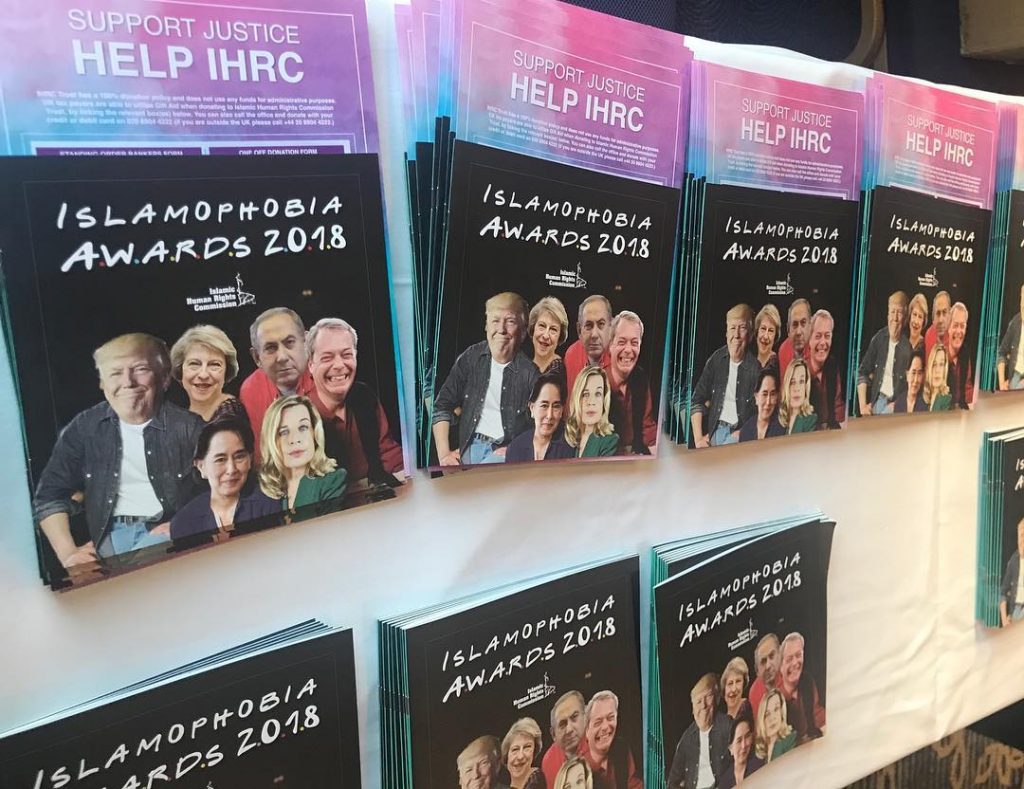 For the second time in a row, Donald Trump has been bestowed with the prestigious honour of being named the ‘Islamophobe of the Year’ at the 2018 Islamophobia Awards. The distinction comes as no surprise with his ‘Muslim ban’ that placed travel restrictions on Iran, Libya, Syria, Yemen and Somalia. Earlier this year he shared a series of Islamophobic tweets to his 40+ million followers from Britain First that were clearly designed to stoke hatred toward Muslims.

Trump lost out on winning the ‘International’ category and was beaten by ally and friend Benjamin Netanyahu. The two have enjoyed a great relationship with highlights such as the decision to move the US Embassy to Jerusalem and recognise it as the capital of Israel. The event saw Israel murder several Palestinians who protested the move. Other shortlisted nominees in the same category included Saudi Arabia and Aung Sang Su Kyi.

The major hit on UK television, BBC’s ‘Bodyguard’ was a clear favourite and easy winner in the ‘Book/Movie/TV Series’ category. In a warped attempt at being subversive and ‘progressive’, the show fell into the same traps and stereotypes that have hounded Muslims for decades. American series ‘Roseanne’ was also shortlisted as well as Channel 4’s ‘My Week as a Muslim’ which saw a white woman dress in prosthetics and makeup to appear more ‘Muslim.’

Though there was tough competition in the ‘News Media’ category, Daily Mail reigned triumphant, beating out its competitors: LBC, The Sun and journalist Melanie Phillips. The ‘UK’ category saw a special win with the Conservative Party getting the gong but not without a very honourable mention to the recent Foreign Secretary Boris Johnson. Johnson remarked not too long ago that Muslim woman wearing the burqa looked “like letter boxes.”

Book/Movie/TV Series:
– My Week As A Muslim
– Bodyguard
– Roseanne
– ‘No Go Zones: How Sharia Law Is Coming to a Neighborhood Near You’ by Raheem Kassam

Islamophobe of the Year:
– Donald Trump