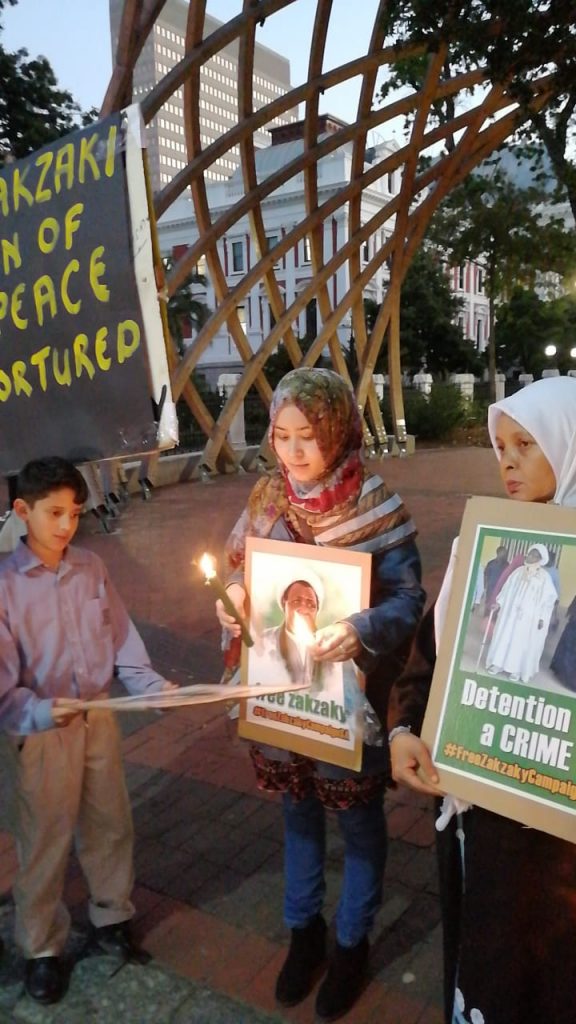 IHRC has written to the United Nations’ High Commissioner for Human Rights urging her to intervene in the case of the beleaguered leader of the Islamic Movement of Nigeria, Sheikh Ibraheem El-Zakzaky and his wife Zeenah al-Zakzaky.

The plea comes on Human Rights Day and follows last week’s transfer of the pair to a federal jail while they await the resumption of a controversial trial seeking their conviction for homicide.

Saying that the continued detention and prosecution of the pair violates all acceptable international and domestic human rights standards, the letter calls on Michelle Bachelet Jeria to secure their release.

The couple have both been in custody since they were badly injured and detained following a savage military attack on the Islamic Movement of Nigeria in December 2015. After detaining them without charge for over two years Nigerian authorities put the pair to trial in 2018 on trumped up charges of abetting the commission of culpable homicide by blocking roads in the city in the run up to the massacre. The charges are widely believed to be politically motivated and designed to deflect government responsibility for a planned and systematic politically motivated attack by soldiers in which over 1000 people were killed. The massacre is the subject of a preliminary investigation by the International Criminal Court.

The letter reminds the UN of the pair’s deteriorating health. Sheikh Ibrahim el-Zakzaky lost sight in one eye and the use of one arm after being shot during the December 2015 massacre by the Nigerian military of over 1000 followers of the Islamic Movement of Nigeria. He has also suffered minor strokes while in detention. Zeenah al-Zakzaky is also seriously ill with high blood pressure and can barely walk because of a bullet trapped near her spine.

Human Rights Day is observed every year on 10 December and marks the adoption by the world body of the Universal Declaration of Human Rights proclaiming the inalienable rights to which everyone is inherently entitled. December also marks the 4th anniversary of the Zaria massacre and the third anniversary of a high court ruling ordering the release of the couple, smething which has never been implemented.

The letter states: “In the midst of this celebration of human rights it is notable that the human rights of Sheikh Zakzaky and his supporters have been continually violated by the Nigerian authorities. We question how anyone, particularly the people of Nigeria, can be expected to have trust in their laws, institutions and processes when their government is allowed to violate human rights with impunity.”

The full text of the letter can be read at https://www.ihrc.org.uk/news/articles/24745-zakzaky-ihrc-letter-to-un-high-commissioner-for-human-rights/