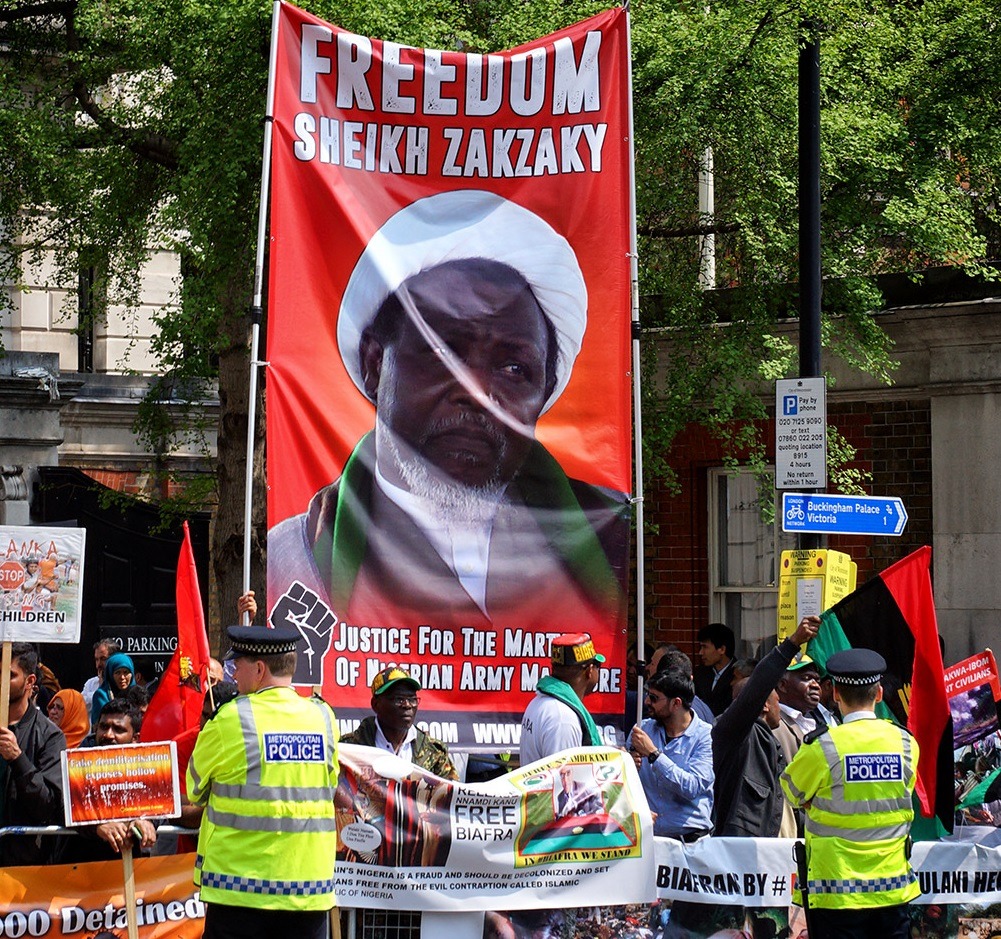 Supporters of the illegally detained leader of the Islamic Movement of Nigeria, Ibrahim el-Zakzaky are to start a three-day sit-in in London tonight as they ramp up the campaign for the beleaugered sheikh to receive urgently needed life-saving medical treatment.

The protest is being jointly organised by IHRC, Inminds and AIM and will take place outside the Nigerian High Commission in London, UK starting at 9.30pm.

New, more detailed medical examinations on the beleaguered sheikh revealed this week that the levels of lead toxicity in his body are much higher than the critical levels previously reported and 45 times over the normal acceptable limit. They also revealed dangerous levels of cadmium poisoning in the sheikh.

Doctors concluded that Sheikh Zakzaky is at risk of death unless he is urgently treated. With the necessary treatment not being available in Nigeria they have recommended that he be flown outside the country to a reputable medical centre.

Fresh information coming out of Nigeria indicates that the sheikh has now also lost the use of one of his legs. The reports come as security forces once again opened fire with live ammunition and tear gas on pro-Zakzaky protestors marching in the capital Abuja today.

Since his detention supporters have sought to secure necessary medical help for the sheikh. However, Nigerian authorities have repeatedly refused requests for him to travel abroad. This is in spite of the fact that in January this year a judge presiding over the trial of Sheikh Zakzaky ordered that he should be allowed to receive medical treatment from doctors of his own choosing.

IHRC chair Massoud Shadjareh said: “The lack of willingness and urgency to get the necessary treatment to Sheikh Zakzaky has not only aggravated his condition but it is also leading to increased levels of frustration within his supporters both within and outside Nigeria. The result is that they are demonstrating in ever greater numbers with those inside Nigeria being subjected once again to unacceptable levels of violence from the state.”