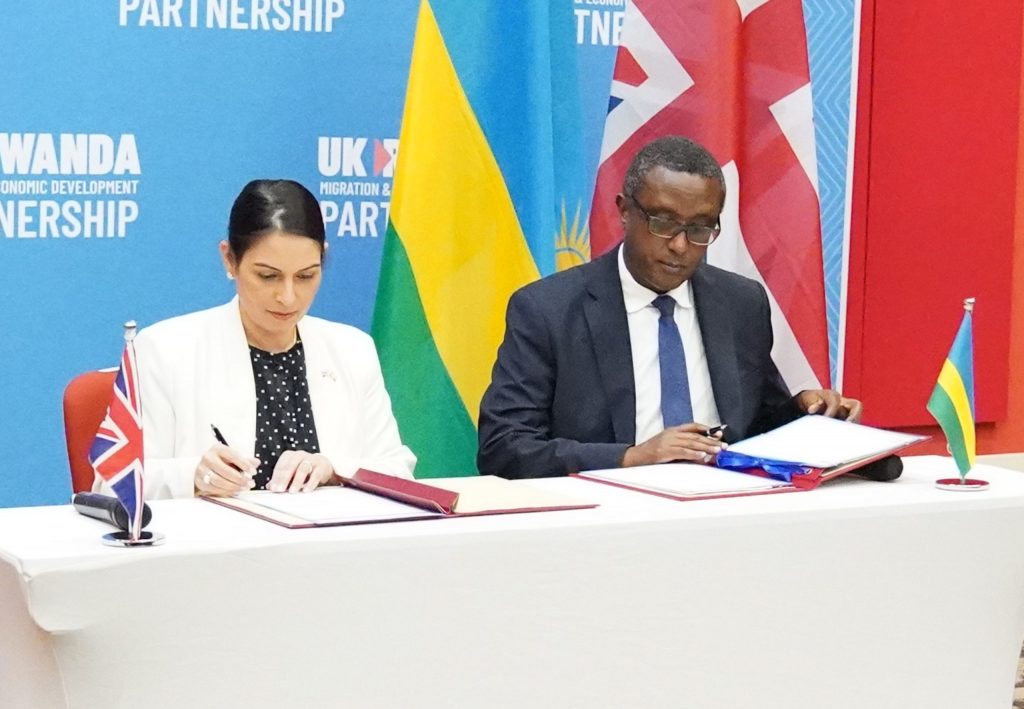 The Home Secretary Priti Patel’s xenophobic policies appears to have no boundaries and her latest plan to send UK asylum seekers to Rwanda is not only racist, but ludicrous. The United Kingdom has a long history of supporting and intervening in wars within the Middle East. Many of the warzones where they have been involved such as Iraq, Libya, Syria, Ukraine, Palestine and Afghanistan, as well as sanctions on various countries which have affected the poorest within those countries, and the corporate looting of the Global South which has hindered the sustainable development of these countries. Britain therefore has a unique responsibility to look after the victims of those fleeing her actions, many of whom have no other choice but to leave their homes. To send them to a small country such as Rwanda, a country that has suffered genocide in the last thirty years due to the already having racial differences, will be a disaster. The genocide mostly created by the actions of the colonial policies of British, Belgium, German and French, all of whom turned the native Tutsis and Hutus against each other in Rwanda and neighboring Burundi for their own interests. Despite its small size Rwanda already has over 12 million people, and the racial balance is currently held together very delicately but it would be threatened by a sudden influx of refugees. Further, Rwanda except for DR Congo and Burundi, has had no part to play in most of the conflicts where people are fleeing, and even on the two cases mentioned they were incited to involvement by the British. It is inconceivable that refugees attempting to reach the UK, usually as a result in part or full of British colonialism, and therefore we demand an end to this racist policy.

Re. Proposed plan to send asylum seekers to Rwanda

I am writing with extreme concern regarding your plan to send asylum seekers to Rwanda. This policy is not only racist, but a futile attempt to appease the right wing. In doing so British taxpayers spend money to send refugees to Rwanda, where they are mostly likely to face further inhumane treatment. These refugees do not want charity, they look for safety and stability. There is no guarantee that they will stay in Rwanda once deported there. Rather they will likely attempt to reach Europe again. Many of these refugees have no links to Rwanda, no family there, do not speak a word of Kinyarwanda.

Britain’s colonial past and current neo-colonial actions have helped caused this and many other crisis, and actions have consequences. We have responsibility to help the victims of European and North American imperialism, which we have played a large part in. I wonder if Britain is so eager to send Ukrainian refugees to Rwanda, those who are white Europeans and the victims of Russian aggression?

I urge you therefore to take this stand and show compassion and humanity in these troubled times.

Alternatively, you can email at: public.enquiries@homeoffice.gov.uk