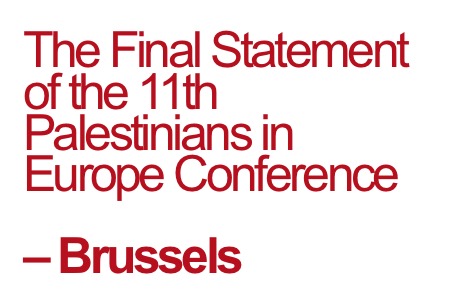 The 11th Palestinians in Europe Conference ended in Brussels, on Saturday, 18th May 2013. The conference was convened under the title, “Signs of Return is blossoming”. Thousands of Palestinians participated in the annual event, which was attended by delegations from various European countries. A number of Palestinian politicians, community leaders and public figures participated in the event. They came from locations either in the occupied Palestinian territories or the Diaspora. European MPs, activists, journalists and representatives of various NGOs also took part in this year’s event.

After a day of engaging discussion, workshops, lectures and debates, the conference concluded the following: