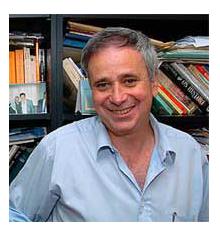 Dr. Ilan Pappe defends IHRC against Melanie Phillips claims.  This letter to the editor of The Spectator was not published.  Likewise another letter from Rabbi Ahron Cohen remains unpublished.

To the Editor
The Spectator
7 August 2006

I read with great bewilderment and astonishment the accusations made by Melanie Philips against the IHRC (The Spectator 3 August 2006). I have been a severe critique of Israel and Zionism for many years. As a Jew born in Israel my point of departure was both universal and Jewish. I felt, as I still do today, that Israel and present Zionism abuse and distort the basic humanist and universal values Judaism has given the world. This cultural legacy that has placed Jews at the forefront in the struggle for civil rights in the USA and against the Apartheid regime in South Africa.

The same legacy and concern has led Jews like myself around the world to stand alongside Muslim victims wherever they were, even when the victimizers were Jews and Israelis. This is how I came to know the IHRC. I read the same documents Philips mentions before I decided to be part of the campaign in Britain for human rights for everyone regardless of their race, religion or nationality.

As this is a letter and not an article I do have the space to refute all the vicious and unfounded accusations made by Philips. Let me refer only to the direct reference in the article to the IHRC’s legal briefing. This briefing is a succinct and accurate description of the war crimes Israel commits in the occupied territories. Similar descriptions and analysis one can find in the annual reports of Amnesty international and the Israeli human rights societies reports. But of course according to Philips they may also be anti-Semitic. In fact everyone who does not follow Philips suit and stands below  Israel’s flag and chants aloud the national Zionist anthem must be an anti-Semite. Muslims and Jews are Semites and if human rights is the joint platform, despite xenophobic instigation by Philips and her ilk, Britain may prove to be the base for building a better future for us all here in the torn land of Israel and Palestine.