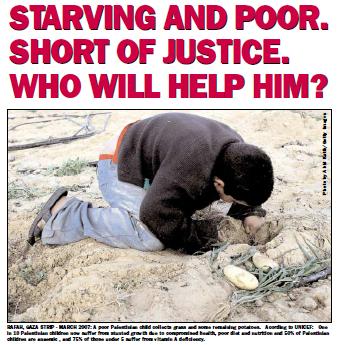 This issue looked at the humanitarian crisis in Gaza and linked it to the core crisis in human rights campaigning at the current time.

January 2007 saw the launch of IHRC’s report ‘The British Media and Muslim Representation: The Ideology of Demonisation’ and came during a year when Muslims were vilified in all manner of forms.  The Daily Express, a UK tabloid newspaper e.g. carried countless front page stories about women in nikab.
This issue also talks about the issues of domestic violence, as well as hate attacks including arson and assaults on Muslims in the UK.  Further afield, the newsletter overviews IHRC’s prisoners of faith and other campaigns.  These include, this year, Khairet el-Shater (Egypt), Imam Jamil (USA), Sheikh Omer Abderrahmane (USA) and the 12 Moroccan students.  Other campaigns include the fight against the extradition of Babar Ahmed, the release from death row in Pakistan of Mirza Tahir Hussain, the Mat Sah bin Satray and other ISA detainees in Malaysia, a group of Eritrean and other refugees in Libya, Mohammed Afzal Guru in India and many others. 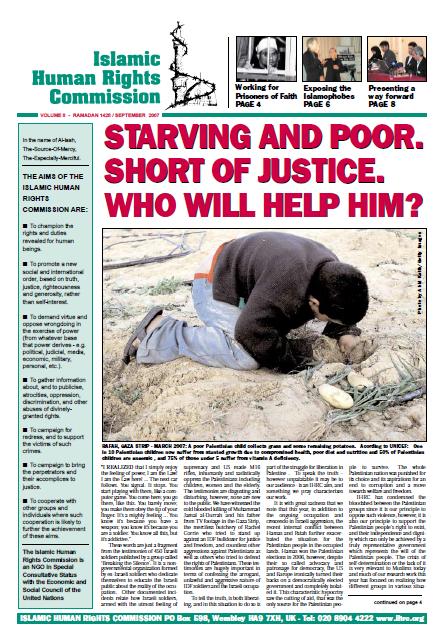 Aside from the media report, IHRC also published a major work on law and minorities entitled ‘Law and British Muslims: Domination of the Majority or Process of Balance’ and held a seminar with experts in the field to work on follow up projects and recommendations.  Other work from the research section that has been overviewed includes the briefings on Sri Lanka, Libya, Morocco, self-determination and Kashmir and domestic violence in South Asia.

Other events for the year reviewed, include the Annual Al-Quds Day and  the 2006 Islamophobia Awards.  Finally there was another call from the unity project Charter 3:103 to end sectarian and racist intra-Muslim violence.