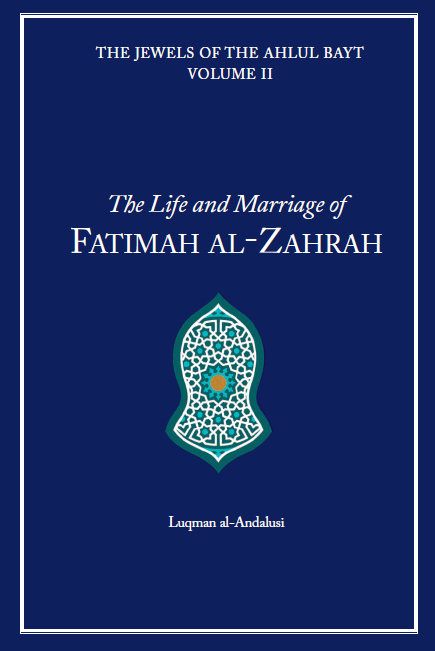 ‘The Life and Marriage of Fatimah al-Zahrah’ by Luqman al-Andalusi sets out the virtues and qualities of a woman described as one of the most esteemed in Islam. The daughter of the blessed Prophet Muhammad (SAW), Sayyidah Fatimah lived a virtuous and exemplary life. This heartening work is an exploration of her life and a model for us all to study.

Her role encompassed every facet of Islam and her devotion to Allah was absolute. She was a pillar of strength for her father and her family in the face of oppression and tribulation. She sacrificed her own worldly comforts to serve the poor and needy. In a materialistic and celebrity-obsessed world, her example is a stark and impressive contrast.

Detailing her relationships with her family, there is focus on the impressive bond she shared with her father and her enduring marriage to Sayyiduna Ali ibn Abi Talib. Beautifully told, the narrative fits that of an explorer on a new journey. The reader learns of the Ahlul Bayt and those that came before Sayyidah Fatimah. As well, she is compared to the remarkable Sayyidah Maryam, as their mirroring personalities are reflected upon.

Taking us from her earliest years, her youthful compassion is clear as well as the effort that went into raising her – just one of the numerous valuable lessons to be learned from ‘The Life and Marriage of Fatimah al-Zahra.’ The beautiful marriage between Prophet Muhammad (SAW) and Sayyidah Khadijah is also touched upon; it is a relationship that would come to shape Sayyidah Fatimah not only as an individual but also as a wife later in life.

Though it is a work that looks at an array of virtuous qualities and the beauty of the Ahlul Bayt; it does not shy from the harsh reality of the struggles faced. Not only from outside influences but within Sayyidah Fatimah’s household. These struggles only served to strengthen her faith and character. ‘The Life and Marriage of Fatimah al-Zahrah’ has an excellent historical perspective of the impact of the Quraysh and the trials and tribulations they placed before the Prophet Muhammad (SAW) and his family.

Sayyidah Fatimah’s marriage to Sayyiduna Ali ibn Abi Talib formed a major part of her life. Their relationship is described heartwarmingly and the work impresses on Sayyiduna Ali’s many qualities – his bravery, good nature and kindness. The values that came to characterise their home are also highlighted with accompanied anecdotal tales. The beauty of this work is that it is a handbook for how best to live a life but the lessons bequeathed are within the narrative of the story of one of Islam’s most esteemed characters. Sayyidah Fatimah’s life is rich with knowledge and joy and her decisions are choices that we in the 21st century can continue to make for our own betterment.