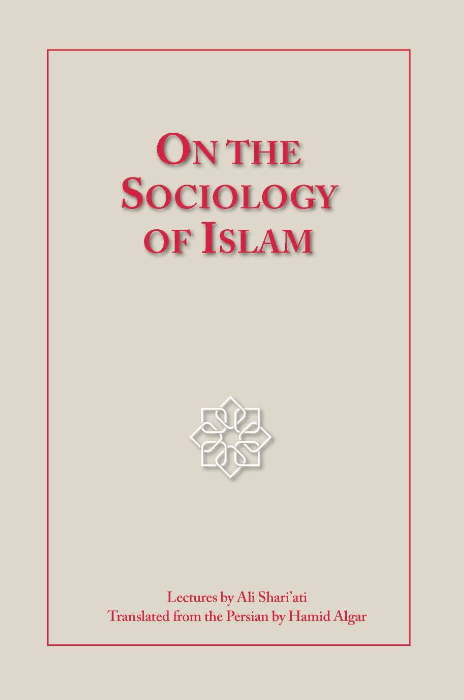 Dr. Ali Shari’ati (1933-1977) was a teacher, scholar and writer, who had a dynamic influence on the young people of Iran with his classes, discussions, free lectures and articles during the 1960s and 1970’s. Shari’ati was a sociologist, educated in Mashhad and Paris, as well as a student of history and philosophy.

He subjected contemporary society to careful examination, using the terms, experiences and concepts found in Islamic philosophy and culture for his analysis. He formulated and presented to his students and readers a coherent Islamic world-view and an ideology of social, political and economic change. His views contributed much to the Iranian Islamic revolution. Shari’ati’s works are constantly reprinted and eagerly studied throughout Iran.

This anthology – translated by the esteemed Professor Hamid Algar – presents his major ideas. In it the reader is introduced to several of his favourite themes: the unity of the universe, the confusion of terms in Marxism and the man of faith as rebel.

“Shari’ati was an independent thinker who dared to raise his voice against obeying the despotic shah of his time. Shari’ati dared to think differently and strove hard to provide an alternative islamic view on various issues. In this collection of lectures, aptly titled On the Sociology of Islam, Shari’ati brings his knowledge of history, faith, belief and struggle to produce a narrative that can be characterized as decolonial in today’s standards”

Author Evening: ‘On The Sociology of Islam’ by Ali Shari’ati with Seyfeddin Kara