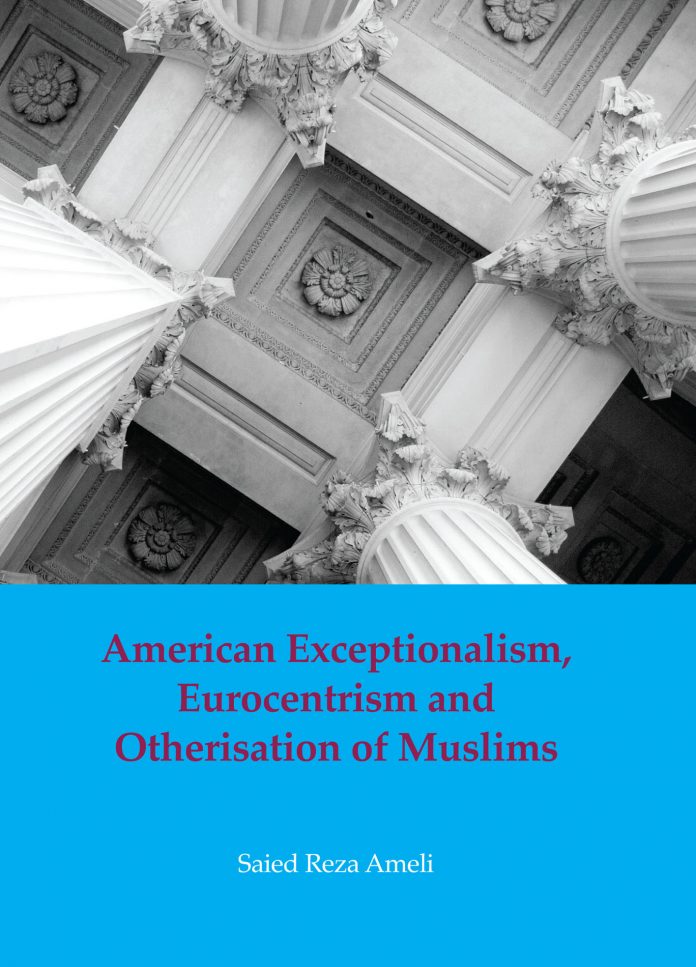 ‘American Exceptionalism, Eurocentrism and Otherization of Muslims’ is an important contribution to understand the rise of global islamophobia and the difficult moment humanity faces today. Dr. Ameli brings us a profound analysis on the roots of the problem.

He takes a long durée perspective to deconstruct major myths of Western modernity by going back to the history of Al-Andalus and the Crusades, to the conquest of the Americas in 1492, the invention of the myth of European origin in Greek civilization in the 18th century, the eurocentric structures of knowledge of the modern world, all the way to the orientalist narratives of the recent “war on terror”. But this book is not just about the deconstruction of Western Modernity myths. Dr. Ameli provides a fascinating reconstruction from Islamic sources of concepts of Justice and Ethics as well as Islam’s comprehensive contributions to different aspects of human life as solutions to the different problems humanity faces today.

This book is a major scholarly contribution in relation to previous literature published on the topic. It is a tour-de-force and a must read for anybody interested in building a new world, a new humanity and a new civilization beyond the present destructive exploitation and domination of Western civilization.”