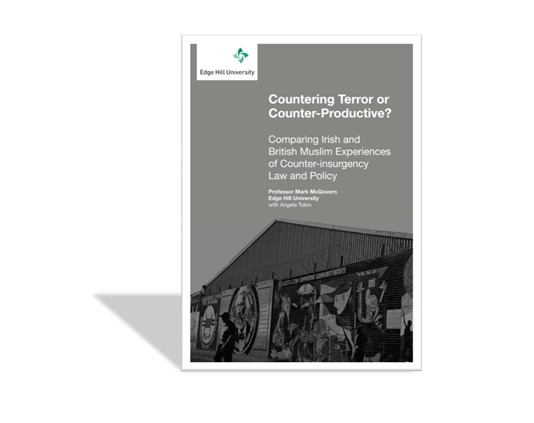 This report is a record of, and reflection on, two days of discussions that took place in Belfast in June 2009 between a group of Irish human rights and community activists and political ex-prisoners, with long experience of dealing with the consequences of counter-terror policy and law introduced because of the conflict in and about the North of Ireland, and representatives of a number of Muslim groups working on similar issues today.

A number of other participants, including several leading academics (for example, Professor Paddy Hillyard, Professor Bill Rolston) attended in an individual capacity.[1]

The aim of the event was to explore comparisons between Irish and Muslim experiences of the impact of counter-terror measures. Three key themes were established; The Nature of Counter-insurgency Law and Policy Experiencing Counter-insurgency Policies: ommunities, Prisoners, Families and Young People Counter-insurgency, Campaigning and Communities. The idea to hold such a meeting emerged after initial conversations about the potential value of bringing together people from the North of Ireland and Muslim communities in Britain who had experience in dealing with the impact and consequences at a community evel of state anti-terror (or counter-insurgency) strategies.