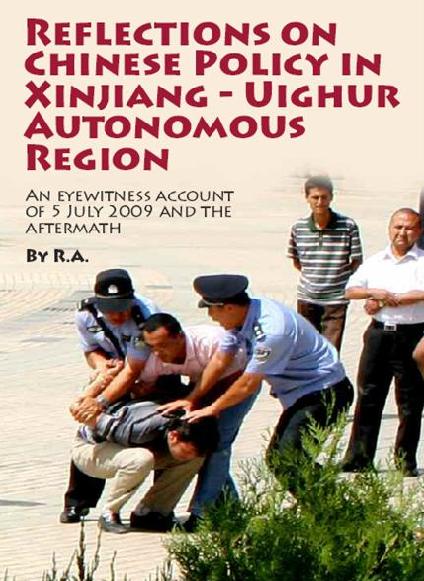 Periodically, the issue of China’s actions in its Northwestern province of Xinjiang Uighur Autonomous Region comes to the fore.  The most recent of these incidents was in July 2009 when so-called riots in the region led to the arrests and detentions of many Uighurs as well as the deaths of many involved in what began as peaceful protests.  Portrayed by the media in China and to some extent the West, as the violent rioting of extremist separatists, rampaging and killing ethnic Han, the events have fallen away from scrutiny and a more truthful account given little opportunity to surface.

This essay recounts the run up to July 2009 in XUAR and provides an eyewitness account of the events and their aftermath.  They are presented here in a bid to kick start the type of dialogue with the Chinese authorities needed to help China’s anti-imperialist ambitions have better realistaion within its borders.

The report can be downloaded here, or at the end of the page.

Alert: Donate to the Uighur cause