Racism and feminism, Dear sister, you should not make this sacrifice

Home
Comment
Racism and feminism, Dear sister, you should not make this sacrifice 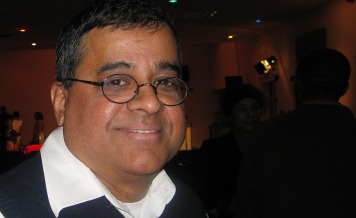 In an article entitled “Pierre, Djemila, Dominique…and Mohamed” – published in an English translation on the website of the Islamic Human Rights Commission Houria Bouteldja (spokesperson for the Party of the Indigenous People of the Republic in France), deals with the question of racism and feminism. Houria is an inspiring sister in a prominent leadership position in the struggle against racism and islamofobia.

In her article Houria reacts to the racist and islamophobic proposition that human progress has a white face. She explains the mechanism of this proposition regarding the position of women. There are numerous examples out there with the following narrative: Muslim or black women are oppressed by their fathers, sons and brothers. They act from cultures that degrade women. The only way to free these women is to break loose from their culture, leave their father, brothers or sons and embrace the western culture and western men.

This racist narrative of the inferiority of non-western cultures is reproduced in the so-called progressive sections of western societies: the left, the feminist, the gay etc.

Houria rightly exposes the hypocrisy in this proposition: the Dominique Strauss-Kahn affair and the treatment of women by French men, the portraying of Simone de Beauvoir with a naked photograph on the cover of a prominent magazine rather than a stylish intellectual portrait of an intellectual woman as part of the celebration of her centennial birth, the facts and figures that show the deplorable situation in which French women live despite the feminist revolution etc.

She discusses the proposed solution of the Whites: what will happen to the Muslim or black women once they leave their men for the white princes on the white horses and consequently are dumped by these same white princes? Who will the take care of them? Will they go back to their family for comfort and support?

And she sets out the dilemma: “To reproach us for not being feminists is like blaming a poor person for not eating caviar. For what room do we have to manoeuvre between dominant white patriarchy and “our” patriarchy, indigenous and dominated? How to act when the survival strategy of the latter consists of exposing his pecks and displaying his virility? This is the equation that the collective “me” of women has had to solve. A me that has discovered the difficult compromise between integrity, the protection of the group and the liberation of the individual. A compromise between indigenous men and women… Is it a paradox to seek a collective blessing? A stab in feminism’s back? No. It is the necessary condition for concrete emancipation because it’s either that or a perpetual split, the no man’s land of the disembodied buerette.”

And then she presents her conclusion: “We are all fighting. To breathe. To reconcile ourselves with ourselves. In other words, to gain the most (in independence and freedom) and lose the least (by maintaining our family ties). A tactical choice born of a consciousness of the fragile equilibrium and the experience of suffering. In this context, the idea of feminism as chocolate makes complete sense: the indigenous man is not the main enemy. The radical critique of indigenous patriarchy is a luxury.”

And here is where we depart from each other. I am speaking as an activist, a father, a husband, a son.

As a father I don’t want my daughter to be treated like trash by any man: black, white, Muslim, Hindu etc. I want my daughter to be treated with the love and respect that I and my wife have raised her with. So, if in our struggle and our community she is not treated as she should, then it is our task as a community to educate our men to treat our daughters with love and respect. That is what any father would want, and those who do not want it, should be confronted with the values of our culture. There is no need to go anywhere else. There is enough in our traditions that celebrates the love of fathers for their daughters.

There is enough in our traditions that celebrates the love of husbands for their wives. There is no need to go anywhere else.

As a son I know what sacrifices my mother had to make to enable me to go to school and to grow as a man. How can I forget these sacrifices given out of love for her son? As gratitude, not in compliance with an ideology, I would like to say to my deceased mother: I wish I could have done more for you to make your dreams and hopes come to life. There is enough in our traditions that celebrates the love of sons for their mother. There is no need to go anywhere else.

So as a brother to a sister I would like to say to Houria: Dear sister, a radical critique of indigenous patriarchy is not a luxury, it is a necessity. We should demand from our men that they treat our daughters like jewels, our wives as diamonds and our mothers as gold. We should develop programs and educate our men based on our traditions, stories and experiences that celebrate the relationship between father and daughter, husband and wife, son and mother, brother and sister. We don’t need to look at white racist feminism. There is a struggle to be waged against patriarchy that can not wait until freedom for the community is realized. Because if in the process of realizing the freedom for the community my daughter’s freedom to blossom as a human being is being denied, then something is really very wrong in our struggle.

Sandew Hira is an activist and intellectual from the Surinamese community in Holland working on decolonizing the mind. He has published more than 20 books. He is director of the International Institute for Scientific Research  in The Hague, Holland.