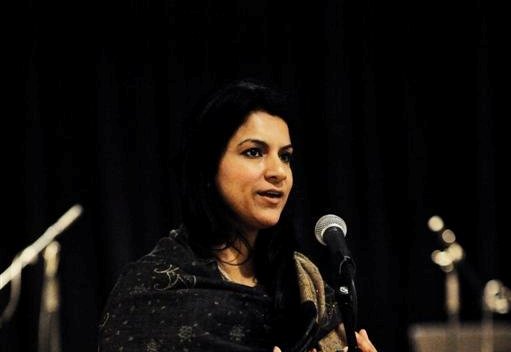 Words cannot describe how we as a nation feel. No words can describe the shock, the pain and loss.

I knew three people who escaped the terrorist’s gunfire on the island. And scores of my friends know people who were either killed or wounded. I don’t think that it has completely sunk in yet despite police and military patrolling the streets. There is a surreal silence in the streets and many shops have closed as a sign of respect. When I was at Domkirke, the main church thousands of people came to show their respects and people of all cultures and religions entered the church to light a candle. There was a real sense of unity. 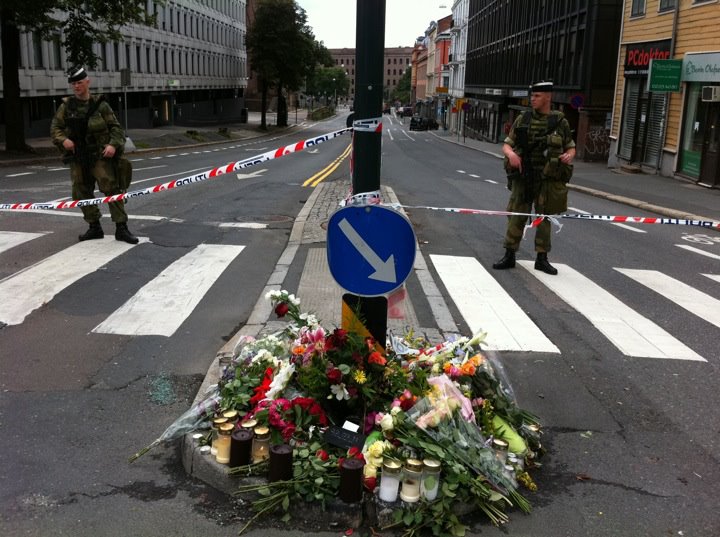 The Norwegian media has been good in some senses but they have failed to touch upon how it was possible for a young Norwegian man to be radicalised and to go to such lengths that he spent 9 years of his life to plan the terror attacks on the government buildings and  the Labour Party’s youth camp on the island of Utøya. Their focus has been that this is a loose cannon and that it is shocking that a blond blue-eyed man could hatch such a plan (Dagbladet, Andres Wiese, 24.July 2011). As if only dark-skinned, brown-eyed people could be terrorists.

The media hasn’t even adressed the role they have played the past 10 years in radicalising the terrorist. They have been relentlessly writing anti-immigrant and Islamophobic articles since the 9-11 attacks. They have made false claims about “moral police” (Muslim bearded men) harassing Muslim girls in Grønland who are not dressed appropriately. There has also been an extreme focus on Muslims being a threat to “our way of life” and to democracy and freedom. Muslim women’s bodies (genital mutilation, hijab, niqab, forced arranged marriages) have been  hot topics and used to demonstrate the barbaric practices and culture which are prevalent among Norwegian Muslims.  In a meeting with the minister Bjarne Håkon Hanssen he told me they were going to use over 70 million kroner to combat genital mutilation. When I asked him for the statistics which they were basing the need for such a widespread project he replied that he had none. There was no evidence of  FGM being a widespread problem but organisations and the media had reported that it was. The organisation which was at the forefront of this media propaganda was Human Rights Service. The far-right think tank which receives government funding and has close ties to highly prominent political figures in the Norwegian government. I must underline that I am not claiming that it is not a problem, but when the police have only found around 5 girls over the past several years and cannot verify whether the persons had been operated on before or after entering Norway it makes you wonder. As a result of this widespread belief that FGM is a problem hundreds of Somailan girls have to be given a gynaecological check-up to see whether they have been circumsiced. The trauma of these check-ups is not discussed. Instead they are to comply because the Norwegian state knows best.

Recently the police released a report which showed that there were several hundred rapes a year in Norway and at least 5000-12000 unreported rapes a year. In one section of the report the police wrote about rapes by unknown attackers which showed that over a 3-5 year period there had been 85 rapes committed by asylum seekers or foreigners. The media choose to focus soley on the 85 rapes and for weeks there has been a media frenzy about this case. When the statistics prove that there is a greater chance to be raped at a party or by someone you know than walking home.

These are just a few examples of how the media have played a crucial role in creating a wave of fear and anti-Muslim sentiments among the general population. It is therefor of no suprise that Fremskrittspartiet (The Progress Party – right-wing party) was one of the second largest parties for sometime. The terrorist was a member of this party and agreed with their policies. And this is where the critical questions should arise. We should be asking ourselves about the role the media have played and also how the politicians and police turned a blind-eye to right-wing extremism. Their focus has solely been on Muslim extremists. Some organisations have reported that the only way they can get funding from the government this year is to put their focus on preventing radicalism among Muslim youth.

Radicalism is a problem, but it is not only certain Muslim youth, but also among the ethnic Norwegian youth who are exposed to unbalanced reports about “the other”. The authorities and the education system are unable to counteract these reports because they too believe that the ethnic minorities are part of the problem and not housing policies, poverty, unemployment or education.