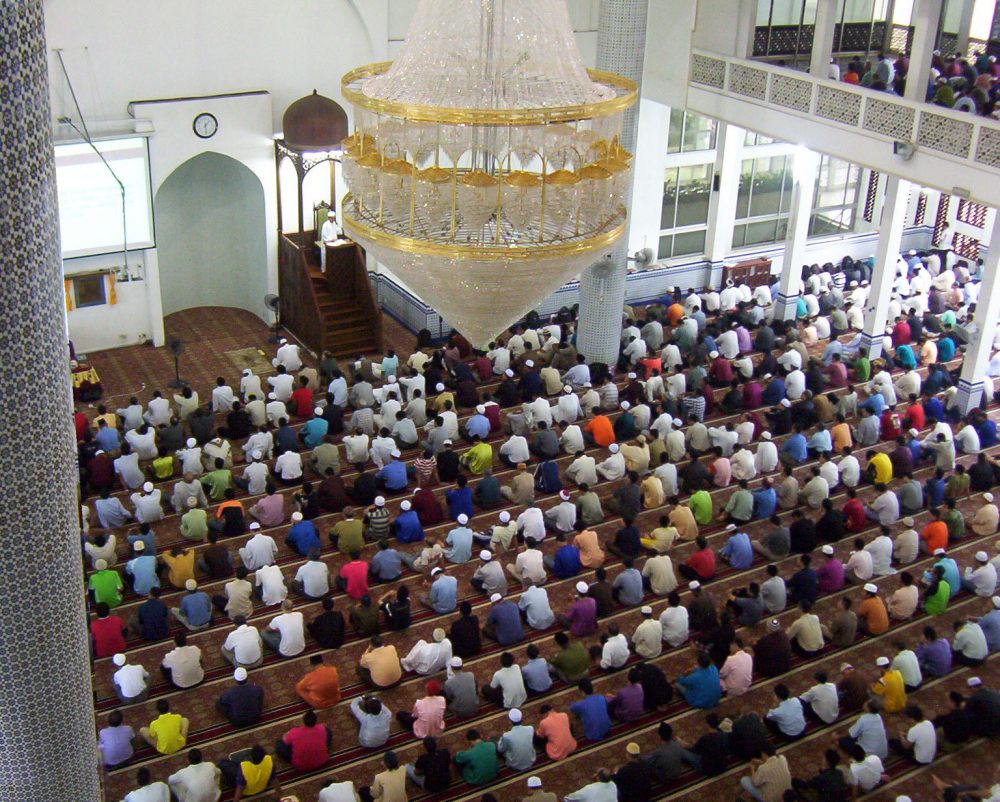 IHRC’s Faisal Bodi says that too many Muslims are putting the importance of maintaining congregational prayer ahead of the need to stop the coronavirus pandemic.

The issue of suspending congregational prayers in response to the Covid-19 outbreak has been an issue of much contentious and emotive debate in the last few days. I myself have been involved in group chats in which I have noticed that it is difficult to have a reasoned, civil and dispassionate discussion.

Positions seem to be polarised between suspension of all mosque activities on one side and continuation of congregational prayers, albeit with precautions in place, on the other. Many local and national Muslim representative bodies have advised the community to avoid all religious gatherings in line with published government advice to:

As a result many mosques have suspended congregational prayers.

However, there are others that have issued additional advice that Muslims should perform congregational prayers in smaller numbers in their own homes and, in the case of of some mosques, select a small group of individuals from the lower risk cohorts, numbering no more than 10, to continue salat with jama’ah to ensure that there is no discontinuation of congregational prayer.

I had myself suggested the latter option (with perhaps up to 5 worshippers) as a “last resort.” Most mosques would be able to observe the social distancing advice if the congregants were spaced out for the prayer presenting little or no risk of infection.

However, what is worrying is the advice that mosques have given to individuals to do the same in their own homes ie) perform congregational prayer with neighbours, friends etc. If the rationale for suspending jama’ah in mosques was to reduce the risk of transmission, then surely this is self-defeating since all it does is to diffuse that risk in the community.

It appears to me that some in our community are approaching the issue from the wrong angle. Instead of asking the question: “What can we do to help contain the Covid-19 pandemic?” they are asking “What can we do to maintain congregational prayer?”

This would be a more valid question if praying in congregation was obligatory in Islam. However, in almost all of the Sunni and Shia schools of thought it is a Sunnah, or recommended. Even in the Shafi’ school which considers it to be an obligation, the majority view is that it is a fard kifayah ie) an obligation on the community which if fulfilled by some releases the others from the obligation.

So we are left with a situation in which our mosques are fulfilling the collective obligation or Sunnah by continuing congregational prayers, yet have advised individual Muslims to do the same even though it is not necessary to do so and despite all the medical and official advice.

The advice seems even more out of place when one considers that jama’ah can be performed within the confines of the nuclear family unit.

What is even more disturbing is that some mosques have decided to continue business as normal while instituting additional safety precautions, such as reducing the length of time mosques will open for prayer, avoiding contact, and making available hand gel, tissues etc.

This to me is the height of irresponsibility. At a time when we should be leading from the front our actions are threatening to undermine the wider effort to fight the virus, either out of complacency about the threat posed by the virus or simple narrow-mindedness.

Already major outbreaks of the virus have been linked to religious gatherings. In South Korea the Shincheonji Church of Jesus is responsible for the majority of the country’s cases. Similarly, in Malaysia, most of the infected have been linked to a gathering of the Tablighi Jamaat on the outskirts of the capital Kuala Lumpur in February.

There are precedents in Muslim history where mosques had to be closed due to epidemics. Our great historians have mentioned several such episodes.

Moreover, in response to Covid-19 many Muslim countries ranging from Morocco to Saudi Arabia have suspended all congregational prayers, including Friday prayers, on the grounds that in Islam safeguarding lives and human health takes precedence over praying in congregation.

The virtues of maintaining congregational prayers have to be balanced against the religious obligation not to harm anyone, which includes not putting other individuals and wider society at risk of harm from potentially deadly diseases.

There are some who fear that suspension of prayers will create a separation between themselves and the focus of their religion. It must be genuinely soul-destroying for those who have built a love and affinity with the mosque to suddenly be separated from it. I understand and sympathise with their predicament. However, it has to be understood that these are exceptional times demanding exceptional solutions and sacrifices.

There is a reason the giants of our religion have recommended that all religious books begin with the hadith of the Prophet: “Verily, actions are by intentions, and for every person is what he intended.” Those who are not able perform the congregational prayer will not only receive the rewards of the actions they intended but the reward of preventing harm from reaching others.

In any event, neither Islam nor salat is restricted to the mosque. The Messenger of Allah said: “The entire earth has been made a place of prayer, except for graveyards and washrooms.”

For me, this hadith is not to be interpreted strictly in a literal sense. Allah has made the whole world a place to practise our faith and when we do so we exhibit something of its beauty and its relevance to all times, climes and circumstances. The Covid-19 pandemic presents an opportunity to smash the stereotypes into which our enemies have boxed us.

So let us take our religion out into the world. We are a people of charity, not selfishness.

While others are panic buying and hoarding, let us share what we have. Instead of stockpiling for the lockdown and Ramadan, let us show this world of excessive consumption the true spirit of Ramadan and how to live more simply.

Let us reach out into our neighbourhoods and social circles to help those who are adversely affected by the new circumstances. And for Allah’s sake, let us do everything in our power to ensure that our actions help stop the spread of this virus and are not the reason that more people are taken seriously ill or die.

This article was first published on 5 Pillars here.