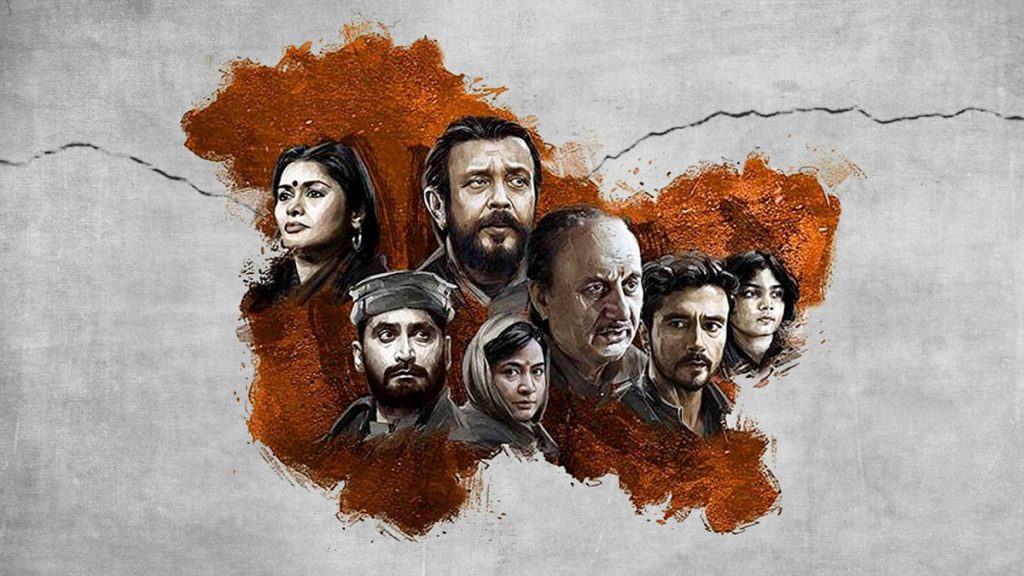 An extreme Islamophobic Bollywood movie called the “Kashmir Files” has been released in the UK, showing in major cinemas such as Cineworld and Empire Cinemas. It has been praised by MPs Bob Blackman of the Conservative Party and Jim Shannon of the DUP. The movie purposely distorts facts in order to spread hatred towards the Muslims of Kashmir. It has caused an outcry by many in India, including politicians, activists and journalists. However, the Times of India wrote that those complaining about the movie were hypocrites and they were just a part of the “leftist “liberal” “ecosystem”.

According to Indian newspaper The Wire, in the movie: “Muslims are portrayed solely as murderers, lusting after women, advocating the killing of ‘Kafirs’, and refusing to sell Kashmiri Pandits goods……………………………. there isn’t a single Muslim with even a smidgen of humanity and all Muslims are shown as diabolical.” After the movies, many of the cinemas have descended into hate rallies, with the audience chanting Islamophobic slogans, such as “Shoot the traitors.” “Death to Muslims.” “We will have our revenge.” On some occasions this chanting has continued out onto the streets.

The Indian state of Madhya Pradesh, run by the BJP, has allowed the film to be shown tax-free in order to help whip up support for their Islamophobic policies. Therefore, making it more affordable to both show and to watch. Not only have Muslim countries like UAE and Qatar banned it, but also non-Muslim countries like Singapore. On the other hand, New Zealand has delayed its release while its Censor Board investigates whether it is too racist to be shown.

Under President Modi’s Presidency, India has been implementing ultra-nationalist policies that have significantly curtailed the rights of Kashmiri Muslims. The last straw was India’s decision to revoke the special status granted under Article 370 of the Indian Constitution on 5 August 2019. The decision downgraded it into two federal territories.

IHRC requests that campaigners send letters to Cineworld and Empire Cinemas, demanding that they stop showing this anti-Muslim movie and apologise for showing such an offensive and inflammatory movie.

Re: The Kashmir Files

I am writing to you about a movie that your cinemas are currently showing, the Kashmir Files. This movie is a very strong piece of Islamophobic propaganda, being used by the far-right government of India to promote hatred and division in order to whip up support for their nationalist policies. It has already been banned in three countries, and currently New Zealand’s’ Chief Censor has delayed its release due to the controversy it has caused. It is unacceptable that in the 21st Century such hateful movies are still being shown within mainstream cinema. This movie continues to whip up hate and could ultimately lead to ethnic tension and violence., In India, screening of this movie has often ended with the crowd chanting racist slogans, such as “Shoot the traitors” and “Death to Muslims”. Some have argued that the movie doesn’t target all Muslims, but terrorists. However, all the Muslims in the film are portrayed in a negative light; they are portrayed as murderers, terrorists, perverts lusting after women or refusing to sell goods to Hindus.

We hope that you will take a stand against such hatred and intolerance, and therefore stop showing this movie in your cinemas. Further, issue an apology to the Muslim community in India, Britain and the rest of the Muslim diaspora.

– Israel.Greidinger@cineworld.co.uk (might have to try it and please let me know if it works, if not this will be removed.)

Send message on website at the following link –  https://www.empirecinemas.co.uk/contact_us