Home
Comment
Stupid is as stupid does: media voyeurism of Muslims is not representation 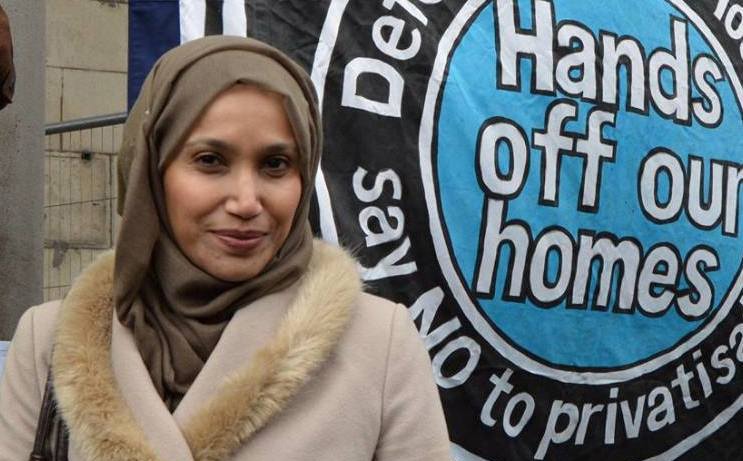 Not one, but two ‘stupid Muslim’ stories today (Wednesday 17 June) on the BBC Radio 4 Today programme, all in the space of about 40 minutes. Given that Muslims in the UK are mainly working class and probably like their other working class contemporaries are not listening to the dulcet (or otherwise) tones of James Naughtie and Mishal Hussain, these stories do not provide Muslims (or the ‘other’ minoritised ‘others’ who were also mentioned) a space for discussion. Nor is it a form of representation – of conveying what Muslimness is, or an approximation of it, to an unfamiliar audience.

Instead, as usual, Muslims are simply discussed. Emphasis on simple. This is like Muslim Big Brother but without the Big Brother House. Our everyday lives are represented as repeated crises and backwardness. Our ‘tasks’, a source of hilarity and occasional empathy. The overall message – how entertaining in a newsworthy sense.

Task / Story One: Muslims need to donate more organs. Why? Because there are a disproportionate amount of Asians awaiting organ donations. Cut to genuinely distraught Muslimah on a dialysis machine. Why are Muslims not donating? Because there is a perception that Islam doesn’t allow it. Thank goodness for the BBC Radio 4 Today team who clarify for the listeners, that this not true (with no reference) and that Islam does allow it. Now listen to some Muslim doctors who are highly critical of the ulema.

Stupid Muslims. They don’t donate organs, even when their religion allows them. It’s that simple. The complexity of issues of organ donation that exist and have existed in many faith communities reduced to this. The pain of those awaiting a transplant blamed squarely on Muslim stupidity. Who needs IS to get a bad image?

If this wasn’t enough, enter the Michelle Obama visit to Mulberry School in Tower Hamlets story. The school of course has a high percentage of Muslim schoolgirls of Bangladeshi heritage. Task / Story Two: What about role models for these girls? Confused is not the same as nuanced, and the audio package as well as the studio discussion did seem confused as to what the question was. Is Michelle Obama, as she indicated in her speech, a role model for these girls? Someone they can empathise with? Or was the question more like, who are the role models for Bengali heritage Muslim girls, as neither Michelle Obama, June Sarpong (interviewed) and (Lady) Oona King (also interviewed) seemed a fit. Lady King in particular seemed very confused if not a little traumatised by her own childhood of being called names like ‘mongrel’. She saw her treatment as the preserve of mixed race children and distinct from the sometimes worse treatment black children got. Implied again that this is distinct from the experiences of Muslim / Bengali girls.

Lady King didn’t have role models until she was about 13 she stated but then Sade turned up and things got a lot better. But Sade it seems is not a fit for Muslim girls then (I was clearly mistaken in my teenage admiration of the singer) or now. Never fear though, as Oona King pointed out, Rushnaara Ali is here. She couldn’t speak English at age 7, grew up in social housing in Tower Hamlets (implied to an English middle class audience is squalor), but went to Oxford despite it being more difficult. Just imagine how extra talented she must be to get there? The point that the societal discrimination that keeps out the averagely talented of Tower Hamlets from Oxford, or London Met, or just a job of any sort, seemed to evade Lady King. Minoritised groups rise and fail based on this narrative, on the successes and failures of the (same group) minorities’ individuals who preceded them. Stupid previous generations then.

Given that the discussion was about role models for Bengali Muslim girls in Tower Hamlets, not one was interviewed. Maybe they might have claimed Rabina Khan, the independent mayoral candidate who was perhaps best qualified for the job, as one. She didn’t find a level playing field once in the position of candidate but a several pronged attack on her integrity, including, according to Open Democracy, accusations of ‘lying about her disabled child’s hospitalisation as a reason for not attending a hustings’, and ‘using council resources to sell heroin.’ She was further maligned according to OD by Labour party supporters about lying about her disabled child, as well as being smeared as an unfit candidate for mayor because of having a child with complex needs. This type of sexism and racism – allowed to flourish and probably impact deeply on the election results – are a story that needs coverage. As OD pointed out, no mainstream media touched this, focusing instead on Khan’s connections to the ousted former mayor Lutfur Rahman. Taking Lady King’s analysis to its conclusion, I guess Rabina Khan just isn’t extra talented enough to defeat the negative forces around her. Maybe I don’t have the talent (having failed to notice that I was not supposed to look up to Sade, as she wasn’t a Gujarati heritage Muslim) to see that it’s a failure of role models and not structural racism and sexism that’s a problem here. Well I guess maybe one, some or all of us are just too stupid to understand. Meantime the gaze of white elite media continues to violate our sense of who we are and how we are perceived beyond our reach.

Arzu Merali is one of the authors of report The British Media And Muslim Representation: The Ideology of Demonisation with S.R. Ameli, S. M. Marandi, S.T. Ahmed and S. Kara.