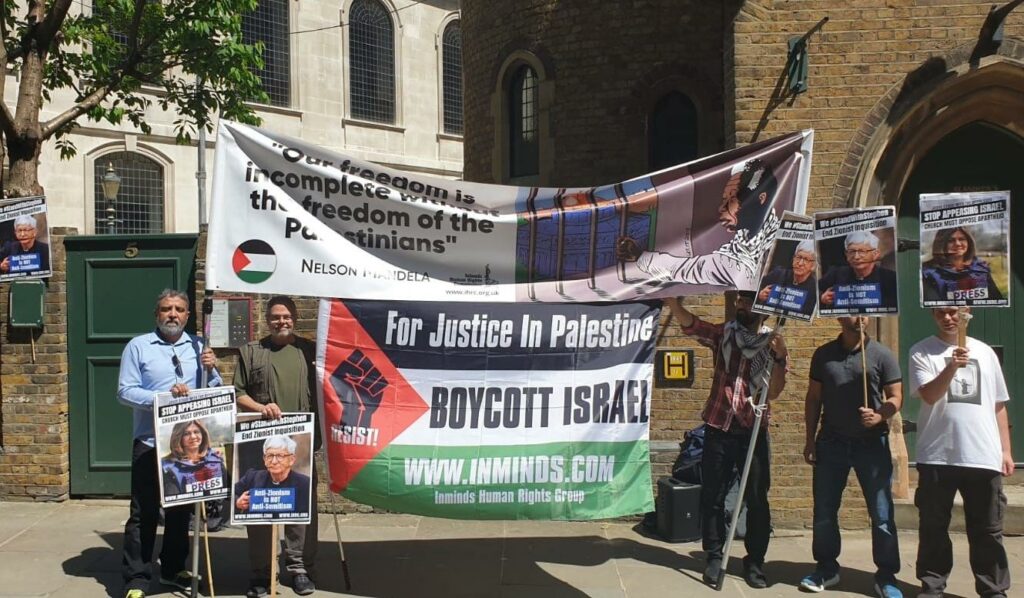 The Reverend Stephen Sizer has worked tirelessly on creating peace in the UK, Northern Ireland and in the Middle East. He has played a role in bringing Muslim, Christian and Jewish groups together in London, Palestine and Syria. He is one of the leading figures in the debunking of Christian Zionism and has retired as a priest in order to focus more on his peacemaking interests. Reverend Sizer has been targeted by supporters of Israel and most recently the Board of Deputies of British Jews is targeting Reverend Sizer, under the guise of fighting antisemitism.

The accusations against him include sharing a platform with Holocaust deniers whilst attending peace conferences in the Middle East, and sharing links to articles that are on websites that have posted anti-Semitic conspiracy theories. Ironically, they tacitly acknowledge that Reverend Sizer has never done or said anything anti-Semitic himself, but this has not stopped their vicious attack. Reverend Sizer was brought before a tribunal within the Church of England, as a result of the complaint by the Board of Deputies, who want him thrown out of the Church. He is awaiting the judgement of the Tribunal to be issued.

Re. Case against Reverend Stephen Sizer

I have been extremely disappointed in the news that the Church of England has decided to engage in a tribunal against the Reverend Stephen Sizer under the accusations of antisemitism, despite the fact that he has never said or done anything anti-Semitic himself. Reverend Sizer is a former priest who has been involved in many amazing projects in relation to interfaith, defending the rights of oppressed religious minorities, particularly Christians, and bringing together different sides for peace initiatives in both the Middle East and Northern Ireland. He is someone whom the Church of England should be proud of.  The accusation of antisemitism levelled against Reverend Sizer is outrageous. It is obvious that this attack is not because of the reasons stated, but rather his attempts to bring Muslim, Christian and Jewish groups together in support of a free and unified Palestine, and his belief that these three brotherly religions can live together peacefully as well as his criticisms of discriminatory Israeli state policies.

To punish him for his work to create peace in the Middle East would be an insult to the British Muslims, Arabs and anti-Zionist Jewish Communities; all of whom have been under attack from many groups within British society. Reverend Sizer has helped bridge the gap between Muslim communities and the Church of England. The Church has often supported colonization and the trans-Atlantic slave trade, yet the Anglican movement has also produced anti-apartheid heroes, the most famous of which is the late Archbishop Desmond Tutu. Like the Archbishop, Reverend Sizer is opposed to apartheid, believing that Christian, Muslim and Jewish communities can live together peacefully and united. It is unacceptable that he has been forced before a tribunal because of his work on peace building. We request that the tribunal is stopped and that the Church of England and yourself release a statement in support of the great work that Reverend Sizer has been engaged in.

The Most Reverend Archbishop Justin Welby

Alternatively, you can message him online at: https://www.archbishopofcanterbury.org/about-archbishop/contacting-archbishop