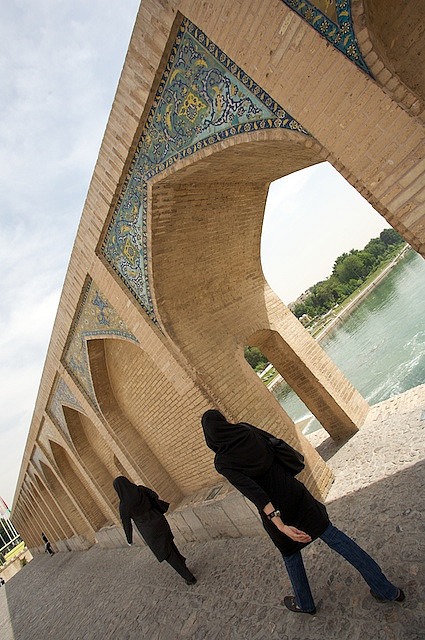 {jathumbnailoff}When you have seen Esfahan, you have seen half the world.  Each city resident makes this boast, and in many ways they are right.  Its history – architectural, cultural and religious – is rich and preserved.  It is also an academic and scientific powerhouse, with leaders in various fields working in institutes promoting south – south cooperation and battling against the (enforced) hegemony of the West in knowledge production and technological innovation.

We meet some hospital based doctors here who point out again, as heard in Tehran and Karaj too, that while 90% plus of Iran’s pharmaceuticals are made in the country, key anti-viral drugs, treatments for cancer and other specialised drugs were in short supply.  When we returned to the UK we heard a 15 year old haemophiliac had died, whose medicine could no longer be found.  It is one of the extra cruelties of the sanctions that though medicines are not banned, the fact that banks can no longer transfer money to or from Iran means there is no way of paying for these short of turning up in a third country with a suitcase full of cash (foreign currency which is becoming harder to find too for the same reasons.)

We continue to hear this refrain until we leave Iran.  It is the poor who suffer the most.  It is also the poor who seem to be showing the most loyalty and determination to resist the external pressures.

Sanctions will continue though, because there is no popular will to oppose them.  Even the global Muslim body-politic has internalised the racisms that crush us, allowing us to do to Iran, what we at least condemned in Iraq.

*Back in London, on December 8, as this article will be uploaded, a friend reports that a well-known Muslim commentator is speaking at an event in a mosque.  This speaker goes further than even the most rabidly Islamophobic right wingers in his accusation (a new one), that the current unrest in Egypt is partly due to Iranian influence because they cannot bear to see a Sunni power emerge.  I guess that is why the Iranian state media – not known for its subtlety, till today supported President Morsi and Ikhwan ul Muslimeen despite his controversial actions.  For better analyses, let’s read people with an open, decolonial and critical mind.  Mohideen Abdel Kader’s article in Harakah is a good start on the involvement of the US in provoking the opposition.