The day the police were consistent: It really was one rule for us and Anna Soubry

Home
Uncategorized
The day the police were consistent: It really was one rule for us and Anna Soubry 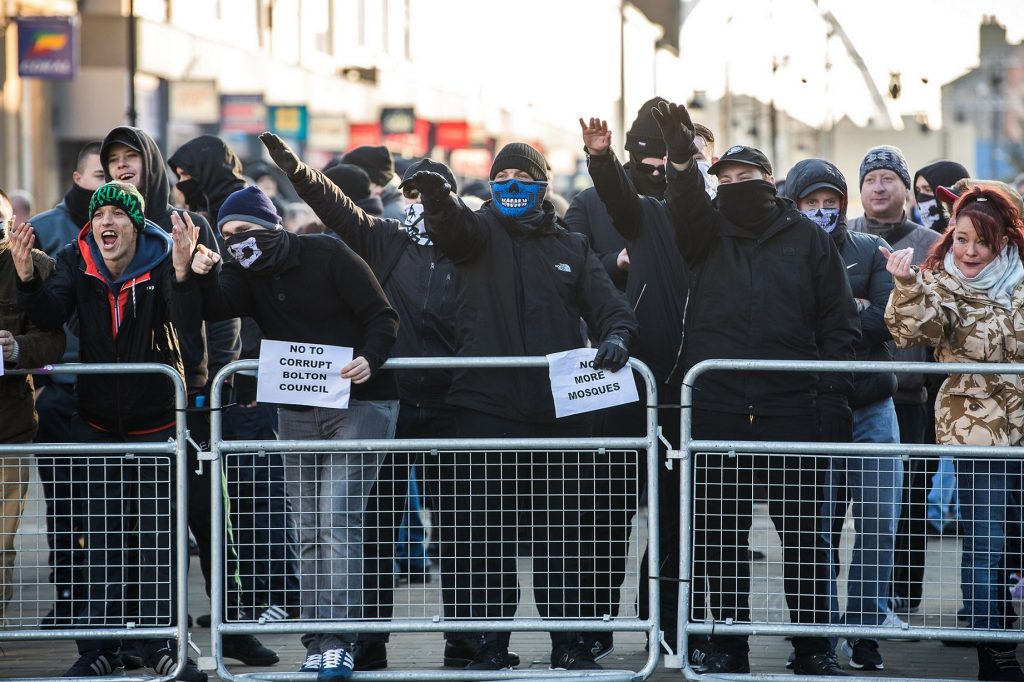 Anna Soubury’s experiences at the hands of the far-right is the lived and normalised experience of the minoritised, says Arzu Merali.

Year in year, for a good ten years or more, all sorts of far-right and a motley band of Zionists, congregate to counter the annual Al-Quds Day pro-Palestinian demonstration.  They howl and scream.  Expletives, threats, sometime accompanied by Sieg Heils, other times shouts of ‘paedophile’ ‘rapist’ and worse are levelled at men women and children.  Conservative MP Anna Soubry got a taste of it this week.  As did those walking with her, as did the police also in tow.  The nation was shocked, the mainstream news, carried the story and the footage to boot, and exclamations of, ‘This is harassment’, ‘Women MPs get x type of abuse x times more than male MPs,’ etc. tripped off the metropolitan elite tongues of those reporting.  Above all, came the searing and critical question, ‘Why did the police, present and accompanying Soubry, do nothing?’

Chief of her accusers – cheerleader of the chant “Soubry is a Nazi”, and other such nastiness was James Goddard.  Goddard is known to the Al-Quds Day crowd for his impromptu interrogation of Sheikh Jaffer Ladak en route to the 2018 march.  Singing from the fascist hymn sheet, Goddard recorded his confrontation only to find himself thoroughly confused by the Sheikh’s patient, polite and erudite responses.  Utterly confused (and at one point many viewers feel, almost convinced of his error) Goddard lapses back into thug mode.  ‘What you’re saying is ‘taqiyyah’’ he screeches and moves on.  Moving on, as we have often argued, means that once the Goddard is out of the bottle, well he will not stop at just attacking and abusing Muslims.  After more anti-Quds day rhetoric, and a huge push against Muslims per se, he has moved on to Brexit and targeting those perceived to have betrayed it.  We always argued that the extraordinary measures and the societal violence unleashed by these measures that pit ordinary citizens against Muslims will come back to haunt the majority.  Little did we think it would so rapidly reach members of the elite itself.

Goddard is just one man, albeit one aggressively building up a following in the vacuum created by Tommy Robinson’s stay at her Majesty’s Pleasure.  But there are many such movements, all unchallenged until now, by the commentariat, the mainstream media and the political class when their ire is turned towards Muslims or other minoritised groups.  Their bile, their ire and their vociferousness all ignored when those at the other end of this abuse are hijab clad ladies in wheelchairs, Rabbis, Sheikhs and children, peacefully and legally protesting the continued oppression of the Palestinians.  Even London’s Mayor, Sadiq Khan, has sided with this odd ball coalition, because well, those on the receiving end of this hatred are more powerless than those hurling it.

And with the abuse, comes the threat of violence.  And with the threat of violence comes actual violence.  It used to be attempts by groups of thugs to ram the rally – courageous as they are – in the sections occupied by young families, mainly women and children – on Al-Quds Day.  One year in Trafalgar Square, I remember finding at my and my children’s feet, in a blink of an eye, a heavily tattooed member of the counter-demonstration writhing on the floor being restrained by four or five police officers.  He had hurled himself into the end rally, again where he saw women and children, with violent intent.  I know not what happened to him.  I doubt he was charged.  We have never heard of such things despite so many incidents.  Other incidents include protestors (again mainly women) being followed, harassed and attacked on their way from the march.  Then of course there was Darren Osborne.  Determined to kill as many as he could on Al-Quds Day, but unable to reach it because of the policing arrangements on the day.  He went on to Finsbury Park to kill Makram Ali and main several others.

The (quite correct) horror at the treatment of Soubury, not just that she was called a Nazi or that anti-Brexit campaigner Femo Oluwole was called ‘Lammy’ or that at least one police officer was told ‘you are not even f***ing British’ and pretty thinly veiled threats were thrown at the police themselves, but the very idea of groups of angry men haranguing and threatening people on the streets of Britain is both entirely apt and entirely hypocritical.  Ask anyone from a minoritised community about the abuse including the violence they have had to become accustomed to, and the never end spikes post-Brexit referendum.  Ask those tormented by anti-Mosque protests in places where mosques haven’t even been built e.g. in Bolton or Burton on Trent, or where there are mosques like Harrow.  We have all been living this for a very long time.

As the day ends, it appears that the police, heavily criticised for doing nothing, have now been briefed to intervene appropriately where they believe there might be a breach of the law in confrontations like the one Anna Soubry and also Owen Jones faced.  Well actually, for once, I would say the police were actually acting entirely fairly.  As they have told us on our protests year in year out, there is nothing they can do when we are called terrorists, rapists and worse, they too have been telling Soubry and Jones.  I do not say this lightly I have commissioned, researched and edited reports and articles on institutional racism in the police force (notwithstanding their generally and this year especially good policing of Al-Quds Day).  For once, there was equality before the law. If policing will be changing for MPs, then it must change for the rest of us too.  Perhaps the Metropolitan Police Service can advise on what they are planning to do in light of this new advice about Laurent Kachauda who was part of an attack on Olivia Zémor, president of EuroPalestine, and Houria Bouteldja, spokesman of the Party of Indigenous People (PIR), in 2009 and who stated on his social media this year that he will be attending Al-Quds Day 2019 with a Tavor 5.56 or M4?  Also in the name of parity, maybe Mayor Khan can explain to Anna Soubury as he did to the organisers of Al-Quds Day that he understands that there are sensitivities around Brexit and its conflicts, but he respects peoples’ right to protest.  It would be a really sorry state of affairs if at the end of today, in order to address a very real issue of abuse and harassment, those of us suffering multiple forms of oppression and inequality find ourselves on the receiving end of just that bit more of institutional double standards and hypocrisy.

Arzu Merali is one of the co-founders of Islamic Human Rights Commission, and author and co-author of several articles, reports and books on Islamophobia and human rights.  Follow her on Twitter @arzumerali.