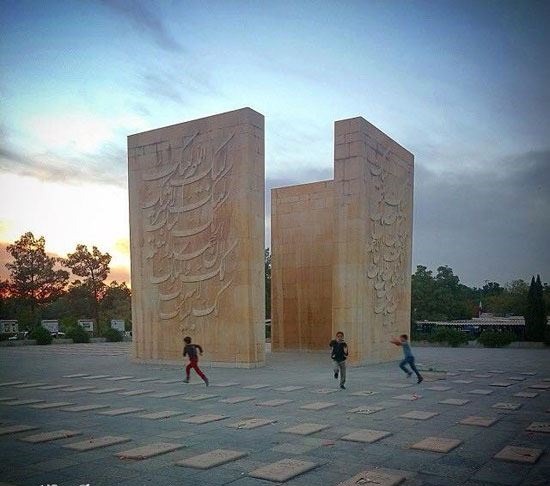 {jathumbnailoff}Hajj is not supposed to be politicised. Thus spoke the Saudis and no-one since seems to have managed to regain the narrative. Instead of a journey to eternal life that Hajj symbolises and inshaAllah realises, hujjaj routinely meet death. Death due to negligence, death due to malign intent, death due to persecution. The crushing of pilgrims in 2015 leading to some 2000 deaths, was but another example of all of the above that is the fare of the Saudi oversight or rather ownership of Hajj and the fate of hujjaj who travel with fear and phobia because Hajj is become an evermore dangerous place. That is political.

Yet Hajj is not supposed to be politicised. That is the charge levelled against the Iranians who have not ceased their complaints about last year’s disaster. They lost many. Yet their complaints fall not only on deaf ears, but they are berated for politicising what –it is claimed – should be a spiritual event. Even those who sympathise with them, take the view that it is the Saudis who in reality have provoked this response with their mismanagement and callousness.

What is Hajj then? It was always understood (until that is 1924) that the meeting of the ummah in Hajj is the realisation of an ummic ideal. It is (supposed to be) an environment of togetherness, equality, solidarity. An exchange of ideas, it is a synthesis.[1] Instead we go to Hajj expecting segregation. ÂÂÂ We go to Hajj expecting (to be) silence(d). Both the ideal and its antithesis in its current form, are political. The former is a politics of spirit and transformation for hereafter and here. The latter is the politics of politics in both realms.

I don’t remember the date exactly. It was summer, it was hot, it was something like July and my first Hajj was looming. It was 1987, in Makkah, and I was 16.

Back then I knew little of the politics. I knew a revolution in Iran took place when I was around 8, and I knew there was an ongoing 7 year long war which I later found out was imposed on it by Iraq, which was supported with the usual bombs, dollars and even chemical weapons by the US and its proxies, one of which I was soon to learn was ‘Saudi’ Arabia. What I knew, was that non-Saudis, especially workers from the Indian subcontinent, Africans and workers from Indonesia, Burma et al. were treated with hatred, with racist violence and with disdain. I knew because I could see it. I knew it because of the way my family, of Gujarati heritage, were treated.

For me however, I experienced a different prejudice, which foreshadowed what was to happen that Hajj. Someone donated ihram but also scarves and what we used to call burkas (essentially long robes) to me (as I was not a muhajjibah) to wear, and Ihram for me to make use of whilst there. For whatever reason, despite my heritage, my ihram and some of the other garb donated to me by another Gujarati, made me appear Iranian. It mattered not a jot to me, to be honest I had never met an Iranian and wasn’t sure I would know one if I met one. Saudi security on the other hand thought they met one every time I went to the haram, or even shopping. I was routinely stopped and searched. Entering the haram the women security guards conducted body searches over our clothing that were so invasive as to feel utterly violating. It was sexual harassment and it was all undertaken a few hundred yards from the Ka’bah in front of hujjaj. After a while I started understanding that these searches were not random, but were regular for people with similar ihram and whatever type of looks security deemed marked them out thus. And there were many of them. The number of Iranians that went for Hajj that year was 160,000 out of maybe 1.5 – 2 million pilgrims.

In Medina I saw this visceral control being challenged – by jamah prayers. For the first time I saw people praying with hands crossed and hands down. Shoulder to shoulder. The jamah seemed impromptu, somewhere on the street outside the Prophet’s mosque. Why? Because whether in the Haram Sharif in Makkah or the Prophet’s Mosque in Medina, travelling to Hajj meant travelling with and staying in your own sections, usually divided by nation state and as a result also mainly by ethnicity and even fiqh.

On a building nearby, banners with ayahs of the Quran on unity and justice were unfurled from top floor windows, translated into English and other languages. It was exhilarating and exciting. The salah and the ayahs – these seemed to be the spirit of Hajj, and the spirit of Islam, that so many people clearly yearned for. It wasn’t one I had seen before. I watched as Saudi security – I don’t know if they were police or army, something in between or worse – broke up the prayers and pulled down the banners (the next day the prayers resumed and the banners reappeared). These small expressions of ummic aspiration for Quranic goals were anathema to the Saudi regime. Both the prayers and banners were from the Iranians. Who exactly was being unreasonable? Whose politics were wrong? 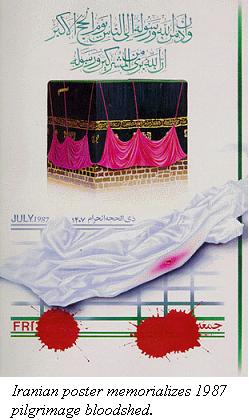 I don’t remember the exact date, but it was a hot, horrible day. I was back in Makkah visiting another Saudi family, when I was called into the room where some of my hosts were watching the news, and whooping and screaming in joy. Someone was translating the narrative of what was appearing on the screen. Saudi police had opened fire on protestors in Makkah, most of whom were Iranian. At the time, the news portrayed it as a fully Iranian affair. My hosts were happy that the Iranians were getting a good kicking, and even applauded what appeared to be injuries caused by rocks being thrown. Another ‘Saudi’ in the room asked the hosts why they were so happy. “Why are they doing this, I can see women being hurt, I can see people in wheelchairs…”

“It’s ok,” one host responded, “The Iranian women carry knives under their chadors.”

Later they laughed again as they told us the police opened fire.

Saudi police had opened fire on the Bara’at az Mushrikeen demonstration that had been happening for some 16 years in one form or another during Hajj with Saudi ‘approval’. The demonstrations were largely denunciations of the USA, Israel and their involvement in the affairs of Muslims. Too much to ask? In 1987, it must have been. The protestors, as it happens not all Iranians or Shia, were pelted with rocks and other projectiles by ‘unknown’ assailants. Rather than defending the protestors, the police chose to charge them. There was shooting and there was blood. The death toll figures start at 400.

The following year I met another Gujarati whose brother had been on the demonstration. In the ruckus he had lost his glasses and was unable to see. He was missing for more than a day and he refuses to speak about what happened to him in that missing period. Later still I met an Afghani whose mother was killed.

What happened in Saudi last year was the culmination, at best, of years of mismanagement and lack of care by the Saudis. Turkey, Iran and Iraq all manage to hold events with many millions more than Hajj without this type of incident. More appalling than this fact is the denial governments and community leaders were in as to Saudi culpability. But worse still, for all of us old enough to remember, is that we have all forgotten 1987. We clamour each other year for whatever is the latest calamity, then put the most recent down to acts of God, because, wait, Hajj is not supposed to be political. When we are tracing the footsteps of Prophets, in this case a Prophet who would rather be thrown into fire than submit to a tyrant, how is it that we are not calling for justice for the crimes of 1987? Why are we (still) arguing about politicisation?