The Use of Government Terror against the Oppressed

Home
Comment
The Use of Government Terror against the Oppressed 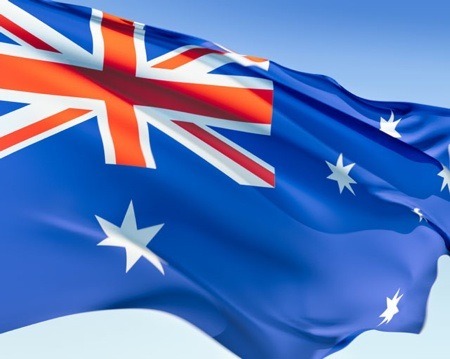 All of us, who now live in Australia, should be aware of our country’s history. We must be ever aware that this land was taken by the genocide of the original inhabitants, who were not regarded as fully human. That Australia was until quite recently, a declared “Terra Nullius” – an empty land – before European settlement, illustrates the racist vision of white imperialism.

The slave labour roots of the European Christian settlement should also be understood. About 162,000 convicts were sent as temporary slaves to Australia from 1788  to 1861. Convicts sent to Australia included some boys as young as eight years old, and there were many sent out who were aged between twelve and eighteen. Britain in those days was ruled by the rich, who feared political democracy and freedom of expression. Convicts included highwaymen, like my ancestor as well as  political prisoners including the Scottish martyrs of 1794; the Irish rebels of 1798, 1803, and 1848; the agricultural rioters of 1830; the Tolpuddle martyrs of 1834; the Canadian rebels of 1839; and the Chartists of 1842.

Terrorism was the weapon of the ruling class. Transportation to Australia in those days was meant to be the supreme terror, but as British life was bestial for the masses, the terror had to be increased beyond a three month sea voyage to slavery. The result was places of secondary punishment for convicts who were hard to break. Macquarie Harbour in western Tasmania, where it rains every day, Moreton Bay (now Brisbane) where it is unbearably hot, and Norfolk Island, were all examples of the unbridled use of terror.

The places of secondary punishment were isolated prisons where all hope was lost. The historian A.G.L.Shaw showed that the brutalities of life in these places were so horrifying that “convicts were known to commit murder in order to be sent away for trial”. David Bentley, writing for Brisbane’s Courier Mail, says that the period when the Moreton Bay penal settlement was under the command of Captain Patrick Logan was “an era when convicts were literally whipped to death and desperate prisoners cast lots to slit one another’s throats as a merciful escape from torment.”

Is this the thinking behind the newly presented refugee deterrent policy being adopted by the Australian Government right now? The isolation of Christmas Island is not deterrent enough, so the Island of Nauru and a jungle camp on Manus Island in New Guinea have been chosen to increase the pressure and horror upon desperate people who have come to us seeking our help. This policy seems designed to appeal to the racists and rednecks. No doubt similar types once applauded Macquarie Harbour and Moreton Bay.

However  there are other voices being raised. The leaders of seven Christian churches on 2 September 2012  re-iterated the call for  all political parties to meet Australia’s responsibilities by “accommodating and processing in Australia asylum seekers who reach Australian territory”.   While welcoming the commitment of the Government to increase the number of places in our humanitarian program to 20,000 they wrote; “we are deeply troubled by the potential for asylum seekers to suffer adverse mental health consequences and to experience other detrimental impacts as a result of this legislation. We are concerned that this damages our credibility and, in particular, our ability to negotiate a humane regional system of protection.”