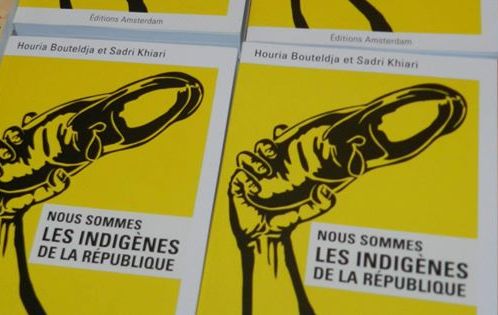 In the suburbs this scenario is already familiar: under the pretext of fining a young woman wearing the niqab, the police force in Trappes carried out a new form of provocation. This provocation of a particularly violent nature, led to a solidarity reaction from the population. However, this provocation was not only violent, it was also evidently sacrilegious. In effect, once again, it targeted the Muslim population during the sacred month of Ramadan. Yet again, it targeted mothers and families who were manhandled and were spared neither physical violence nor verbal abuse. It seems that the month of Ramadan is specifically chosen by the police as a time to be particularly challenging. Let us not forget that in 2005 at Clichy-sous-Bois, the pressure by the police led to the deaths of Zyad Benna and Bouna Traore. Let us also remember how in this same city, tear gas was fired at close proximity, in one case into the mosque in the course of police repression.

This is a simple observation: in the poorer districts, notably in Barbes, during the month of Ramadan, the police force behave as an army occupation in a war zone. The police vans are intrusive and everywhere, as well as stop and search, while insults and challenges are plentiful. Let us emphasise, the profanation of places of worship is a classic technique of the colonial tradition. The French colonial army in 1947, in Madagascar, flew over villages and threw out alive the Muslim leaders into their villages below in order to reduce the prestige of the population. Examples of this kind are not rare.

But let us close this historical parenthesis here, and let us meditate for a moment. Why on earth are the police determined to provoke the Muslim inhabitants of these areas precisely during this period of meditation and pardon, peace and serenity by excellence? There is in this a lesson that cannot escape us.

It seems that the tightening of family and community ties, the huge number of people attending mosques, the rhythms of Muslim life, are interpreted by the state as a provocation. The state is trying to affirm its absolute sovereignty over the immigrant population. In classical oriental thought, the Arabs do not have a country, but Islam is their country. In this way, Islam establishes an intolerable challenge, for there is a conflict of loyalty. The declaration of the Trappiste in ‘Le Monde’ on 20th July 2013 stated: , in its extreme ambivalence, which is profoundly integrationist but also devoted to the scared – can testify to this tension.

As such, the Islamophobia of the state testifies to one thing: its desire to reaffirm its empire on 6 million Muslims. It expresses in this way its fear that these people, strong by their cultural autonomy, strengthened during Ramadan, would end up escaping completely from the control of the state and becoming entirely autonomous on a political level. It is not difficult to imagine the tone of the meetings at Beauvau: How do we ensure control of the Islamic community which seems to want to obey principles that transcend the national Republican framework? How do we counteract its potential default of loyalty? In this task, it is supported by a whole sector of French society jealous of Islamic privileges. It is in this context that we need to understand both the acts and attacks of aggressive racist groups and the lack of solidarity of a large part of civil society that tacitly approve and share with the aggressors – not necessarily harsh methods – but the mindsets.

We have undertaken this reflection in memory of Clichy-sous-Bois, but let us conclude with another memory: that of the hanging of Saddam Hussein on the day of Eid. Nothing allows us to compare the lynching of the Iraqi ex-President with the events of Trappes or of Clichy, if not the mindset. It is the mindset that brings the two into comparison: the mindset being the wish of the colonial power to humiliate its victim by using sacrilege as a political weapon.