UK: Take action against mislabelling of dates in your local area 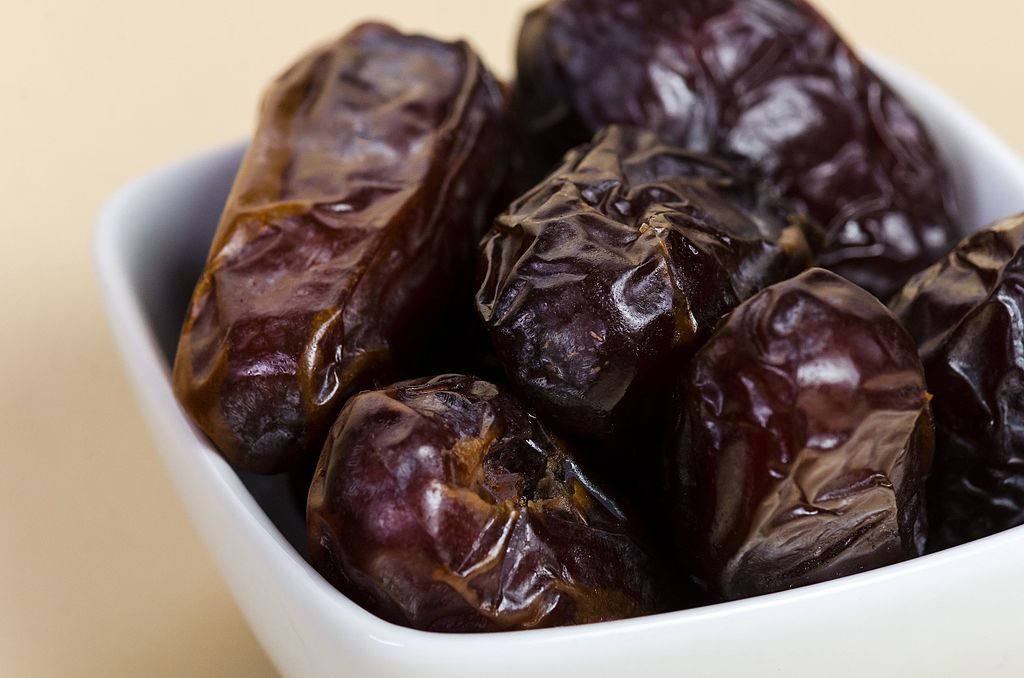 As part of the BDS campaign to boycott Israeli dates, please take action if you find a mislabelled box of dates. Details of what you can do follow below. For more information on the campaign, visit the project page here.

Israel is the world’s 3rd largest exporter of dates with revenues exceeding $181 million (2017). The UK is the second largest market for Israeli dates with revenues of $30 million (2017). Most of these dates are grown on illegal settlements. If you buy a Medjool date, there’s a strong possibility that it is from an illegal settlement – grown on stolen land.

Israeli settlements built on stolen Palestinian land have been ruled illegal by the International Court of Justice. 60% of Israel’s dates are grown in these settlements, it’s their most profitable crop contributing significantly to their economic viability.

Israel is even using ‘Made in Palestine’ label to peddle stolen dates from illegal settlements. In an attempt to mislead consumers into buying Palestinian dates, Israeli companies are deploying illegal tactics such as stating that the dates are ‘Made in Palestine’ and not revealing company information on the packaging of the date boxes. Both these tactics do not comply with the UK Food Standards Agency (FSA) regulations for food packaging.

[address for your trading standards department]

Re: Mislabelling of products

I am writing to raise my concerns about produce that is being sold to the public using deliberately misleading labels.

My complaint relates to the following products:

These product(s) can be found at the following stores:

The product(s) have been labelled as “produce of xxxx” (please see attached / enclosed pictures of the product(s)). In fact, the product comes from illegal Israeli settlements in the Occupied West Bank. As you are aware, Gaza and the West Bank do not form part of Israel’s internationally recognised borders. The settlements in the West Bank are considered illegally occupied territory by the UK government, UN and the European Union.

The product(s) also does not display the details of the company producing these dates. This is also in breach of the FSA Guidance on food packaging for food items being sold in the UK.

The inaccurate label misleads the consumers as to the provenance of the product they are purchasing. Those who wish to avoid buying products from illegally occupied territory, cannot exercise this ethical choice as the manufacturers are misleading them by claiming it is from xxxx.

The manufacturers are required to accurately label their produce under 5(f) of the Food Labelling Regulations 1996, which requires food that is ready for delivery to the ultimate consumer to be marked or labelled with the particulars of the place of origin or provenance of the food if failure to give such particulars might mislead a purchaser to a material degree as to the true origin or provenance of the food.

I believe that the deliberately misleading labels are contrary to the following laws:

1. The Consumer Protection from Unfair Trading Regulations 2008 – misleading actions whereby false information or overall presentation is likely to deceive the average consumer into entering into a transaction when they would not otherwise have done so. Such information and presentation includes the geographical or commercial origin of the product

2. Government guidance states that a product should include the manufacturer and or the importers details. This product deliberately omits this information in order to mislead consumers about the origin of the product, as well as to allow the importers to evade accountability.

3. As per the Department for Environment, Food and Rural Affairs guidance, Technical advice: labelling of produce grown in the Occupied Palestinian Territories the products should state ‘Produce of the West Bank (Israeli settlement produce)’ and not ‘Produce of Israel’. The guidance goes on to state that anyone who misleads consumers by falsely claiming it is the produce of Israel “would therefore almost be certainly committing an offence, if they were to declare produce from the OPT (including from the West Bank) as ‘Produce of Israel’ … This is because the area does not fall within the internationally recognised borders of the state of Israel.” I believe that this guidance also applies where produce from the OPT is deliberately mislabelled as being from xxxx.

Importers and manufacturers should not use labelling and methods that mislead consumers to a material degree, particularly as to: The characteristics of a food and, in particular, as to its nature, identity, properties, composition, quantity, durability, origin or provenance, method of manufacture or production. The products identified above deliberately mislead consumers about provenance by omitting the origin and by not including details of the manufacturer and importer.

I would like the trading standards team to investigate and make sure that the misleading items are removed from sale immediately, and appropriate action is taken against the manufacturers and retailers to make sure this does not happen again.

[your signature if posting]