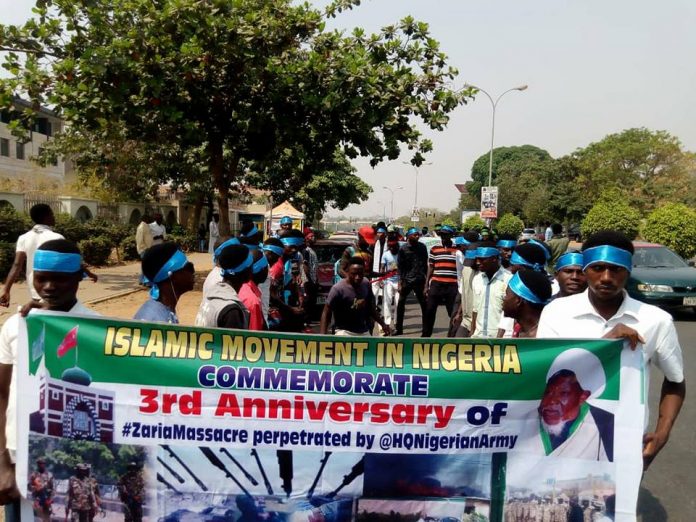 Several key rights in the ICCPR have been breached by the state, among them freedom of assembly, the right to a fair trial, freedom of religion and the right to life itself.

The Islamic Movement’s leader Sheikh Ibrahim el-Zakzaky was arrested in the December 2015 massacre in Zaria by the Nigerian military of over 1000 followers of the group, just over one year after another attack on the movement which killed tens of supporters. After detaining him without charge for two years Nigerian authorities brought Sheikh Zakzaky to trial in 2018 on trumped up charges of abetting the commission of culpable homicide by blocking roads in the city in the run up to the massacre. In reality the charges are designed to deflect government responsibility for a planned and systematic attack by soldiers which is now the subject of a preliminary investigation by the International Criminal Court.