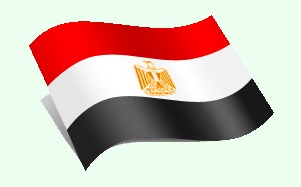 The death of ‘emergency-law martyr’ Khaled Saeed has become of great public interest, becoming a symbol of thousands of Egyptian citizens who are victims of police brutality. On 6 June 2010, two police officers invoked Egypt’s emergency laws to murder and torture Saeed.

The incident has attracted media attention in Egypt and worldwide, ushering a wave of protests and even US calls for a transparent investigation into the torture and murder of Khaled Saeed.

For over three decades, emergency law has allowed for the systematic abuse and torture of Egyptians by police. Unfortunately, perpetrators in such cases are rarely prosecuted or charged and the police officers involved usually remain on active duty.

Since 6 June, protests have become a common sight in the streets of Cairo, Alexandria and other parts of Egypt.  Protestors in the thousands stand holding their Qurans and Bibles, praying for Saeed, a symbolic victim of the police brutality and torture.

The initial investigation by prosecutors brought two witnesses, provided by the police, who claimed that Khaled Saeed swallowed a packet of drugs when he saw the policemen. One of the prosecutors ordered a medical examination which proved that Saeed died of asphyxiation. Further, the Ministry of Interior released a statement in which it was claimed that Saeed was a wanted criminal with two convictions in absentia; however, his family denied this and eyewitnesses told the media that he was murdered by police.

Attorney-General Abdel Magid Mahmoud ordered the investigation to be re-opened and appointed a committee of three doctors to conduct a new forensic investigation. Their report confirmed that the cause of death was asphyxiation and the injuries on his body were a result of the beatings during arrest.

IHRC calls on the Egyptian Ministry of Interior to end the blatant abuse of authority by police who systematically torture and murder people with impunity. IHRC also calls on the Ministry of Interior to adhere to UN Basic Principles on the Use of Force and Firearms by Law Enforcement Officials which states that the use of violence should only be used if unavoidable, in which cases officers shall minimise damage and injury, and respect and preserve human life.

For further background information on the case, please visit the following links:

Event Alert: UK – Protest against the brutal killing of Khaled Saeed by police