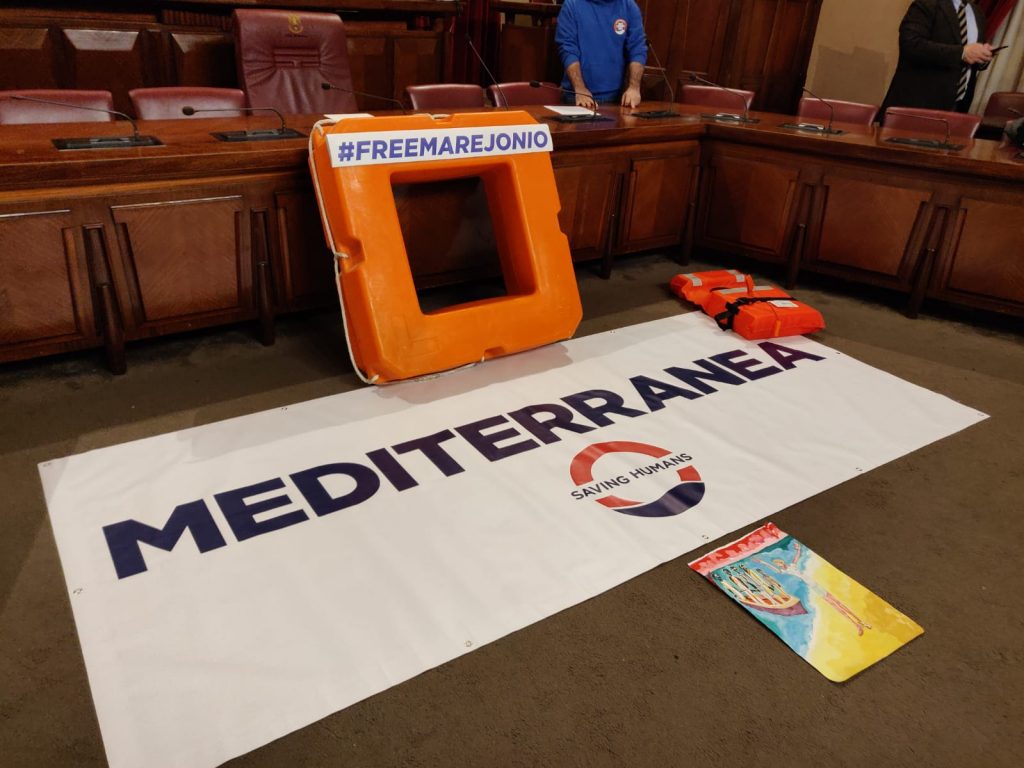 Read IHRC’s alternative NGO report to the Universal Periodic Review in 2019 on Italy.

Read the report below or download the PDF here.

Issues relating to migration, the treatment of migrants in particular those seeking asylum

Libya designation as a safe country

Conditions in Camps and Reception Centres

Exploitation of migrant workers on farms

The right to the highest attainable standard of health (article 12 of the International Covenant on Economic, Social and Cultural Rights)

ICESCR Articles 6 to 10 recognizing the rights of everyone to (a) work which they freely choose or accept; (b) enjoy just and favourable conditions of work, including equal remuneration for work of equal value; (c) form and join trade unions; (d) social security, including social insurance; (e) the special protection from economic and social exploitation of children and young persons.

ICCPR: Article 8: prohibiting slavery, servitude and forced labour. Article 22 providing the right to freedom of association. Article 26 providing that all persons are equal before the law and are entitled without any discrimination to the equal protection of the law.

CEDAW: Article 11 enshrining equal rights of men and women in the field of employment, including (a) equal remuneration, including benefits, and to equal treatment in respect of work of equal value; (b) the right to protection of health and to safety in working conditions; and (c) maternity protection.

ICERD: Article 5 providing the right of everyone, without distinction as to race, colour, or national or ethnic origin, to equality before the law, including in the enjoyment of civil rights and economic, social and cultural rights. Article 5(e)(i) providing the rights to work, to free choice of employment, to just and favourable conditions of work, to protection against unemployment, to equal pay for equal work, and to just and favourable remuneration.

CRC: Article 32 recognizing the right of the child to be protected from economic exploitation and hazardous and harmful work, and requires States to specify a minimum age for admission to employment.

Additionally: The International Convention on the Protection of the Rights of All Migrant Workers and Members of Their Families sets out minimum standards for migrant workers and members of their family, irrespective of their migratory status, in line with the principles of equality and non-discrimination, and with the provisions of other United Nations treaties, noting States’ responsibilities to respect, protect and fulfil the human rights for all human beings, various articles including but not solely Article 11 sets out the prohibition of slavery, servitude and forced labour. Article 25 provides that migrant workers shall enjoy treatment not less favourable than that which applies to nationals in respect of remuneration and other conditions of work, etc. Article 25 also calls for equality between migrant workers and nationals in other terms of employment according to national law and practice, including minimum age of employment.

Additionally: International labour standards adopted by the International Labour Conference of the International Labour Organization (ILO) apply to migrant workers unless otherwise stated. The fundamental principles and rights at work set out in the eight Fundamental ILO Conventions apply to all migrant workers, irrespective of their migration status. The 1998 ILO Declaration on Fundamental Principles and Rights at Work and its follow-up requires all ILO member States to promote and realize the principles concerning the fundamental rights enshrined in these Conventions. A number of other ILO standards of general application and those containing specific provisions on migrant workers in the areas of employment, labour inspection, social security, protection of wages, occupational safety and health, as well as in such sectors as agriculture, construction, hotels and restaurants, and domestic work, are of particular importance to migrant workers in an irregular situation. In formulating national laws and policies concerning labour migration and the protection of migrant workers in an irregular situation, States are also guided by (a) the ILO Migration for Employment (Revised) Convention, 1949 (No. 97); (b) the Migrant Workers (Supplementary Provisions) Convention, 1975 (No. 143); and (c) the accompanying Recommendations Nos. 86 and 151. The ILO Multilateral Framework on Labour Migration, approved for publication and dissemination by ILO’s Governing Body in 2006 and which is based on international human rights and labour standards, provides useful guidance to governments, social partners and other stakeholders in the formulation and implementation of national labour migration policies.

In addition to those rights in ICCPR relating to the individual which are binding in states to uphold, Charter on the Rights of Human Rights Defenders[2] clarifies and provides specific protections to human rights defenders, including the rights:

Additionally it provides for the duties of States as having a responsibility to implement and respect all the provisions of the Declaration.

We refer to inter alia[3], IMO Resolution A 920 (22): safety measures and procedures for the treatment of persons rescued at sea

The objectives are to help ensure that:

1. survivors of distress incidents are provided assistance regardless of nationality or status or the circumstances in which they are found;

2. ships, which have retrieved persons in distress at sea, are able to deliver the survivors to a place of safety; and

3. survivors, regardless of nationality or status, including undocumented migrants, asylum seekers and refugees, and stowaways, are treated, while on board, in the manner prescribed in the relevant IMO instruments and in accordance with relevant international agreements and long-standing humanitarian maritime traditions.