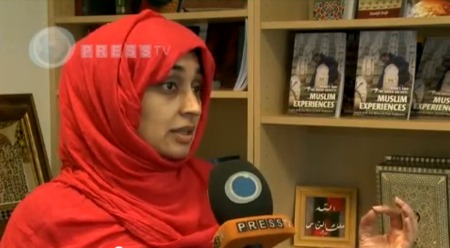 A new book has been published revealing Muslim experiences of hate crimes in France. The book explores how French Muslims believe they are the target of an Islamophobic campaign fueled by the state, its institutions, ideologies and policies. Our correspondent Hassan Alkatib has more on the story.

Discrimination, abuse and Islamophobia. France’s Muslim population reveal their experiences of bearing the brunt of anti-Muslim hate crimes in a new book published by the Islamic Human Rights Commission. The study looks into how France’s institutions, political culture and attitudes towards Islam have created a hostile and dangerous environment against Muslims.

Arzu Merali, who co-authored the book, has observed that Muslims in France believe much of the blame lies in the media, but they also feel they are being systematically targeted by the state itself and the ruling elites.

‘It’s important to listen to the people who are suffering as to what they believe is the cause of it. So they will see a link between a politician saying something and them being spat upon. They will see a link between a minister saying something and war graves of Muslim soldiers being desecrated and vandalized. So there is a key experience between what the ruling class says and what Muslims suffer on the ground.’

In London, an event was held to address the growing concerns of Muslim demonization in Europe. Communities were encouraged to foster better understanding in order to counter the inflammatory propaganda against Islam.

In the current political climate Muslims have been the target of attack after attack in the Western media. The panel here are discussing whether this virulent form of Islamophobia is being passed off as freedom of speech in Western discourse, speech which if targeted against any other community would be seen as unacceptable.

The main speaker at the event was Marwan Muhammad, a French Muslim rights activist who set up the Collective against Islamophobia in 2003, an organization fighting anti-Muslim hate crimes and discrimination. He sees a direct link between Islamophobia in the media and psychological and physical assaults against Muslims.

‘From 2011 we had 298 cases mostly directed at individuals and institutions, these are hate crimes in the streets, women assaulted with their hijab taken off and spat at their face. Kids discriminated in schools, Mosques that had pig heads hung on the doors. So this is the situation we are in, an upside train of Islamophobia, more and more in Western countries.’

‘Islamophobia is the most serious form of racism in modern society, certainly in Western societies and in Britain. It passes off as a cultural critique; it’s presented as being a kind of argument about religion and modernization and so on. But really it’s racism.’

Experts warn that offensive and insulting media propaganda against Islam is now being seen as normal in a growing number of circles within Europe. They argue that this allows far right groups, such as the English Defence League in the UK and the National Front in France, to openly promote their hatred against Islam, resulting in far more serious attacks on Muslims in the West.

Report by Hassan Alkatib for Press TV in London – Published on Oct 23, 2012