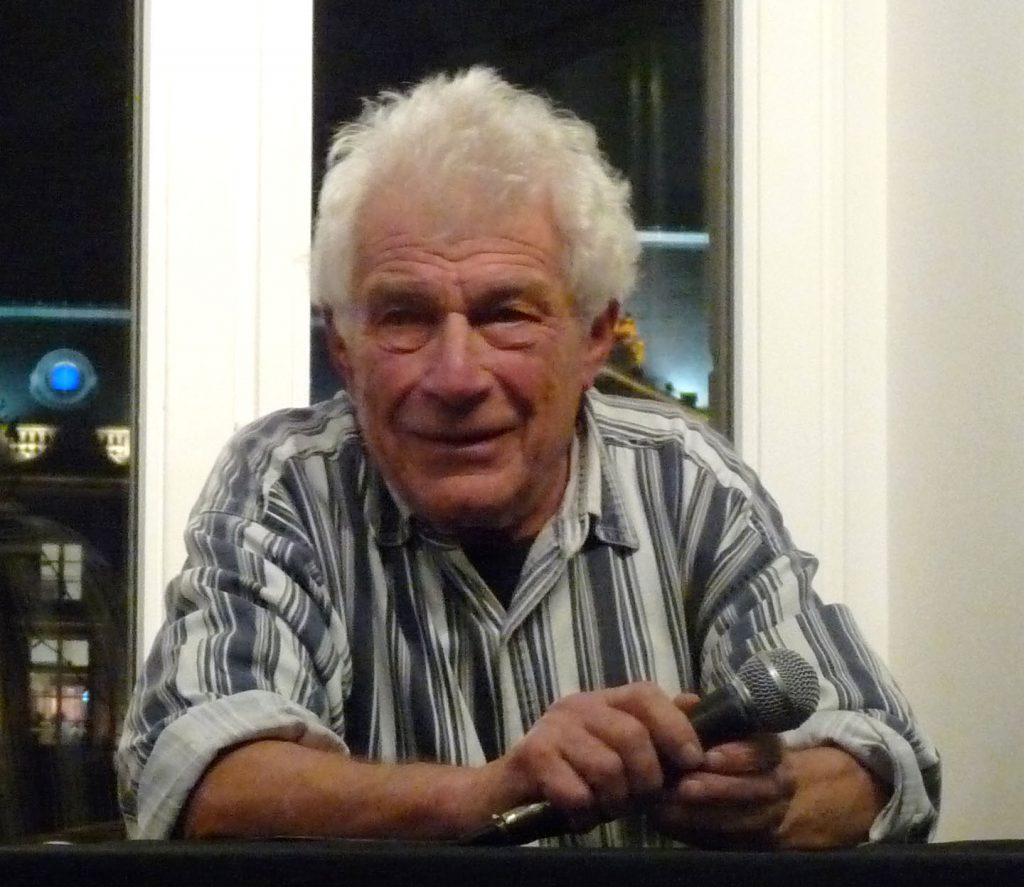 I have been fairly unmoved this last ‘year’ at the barrage of celebrity deaths. The exception being a small tear shed for Alan Rickman whom most know as Severus Snape in the movie adaptations of the Harry Potter novels, or if you are my age, as the show stealing villain Hans Gruber in Die Hard, or the utterly heart-breaking and ultimately heartbroken ghost in Truly, Madly, Deeply. Or, Captain Brandon. Perhaps I was indulging myself with memories of all those, but the first thing I thought was that we lost the editor and director of the play My Name Is Rachel Corrie. Corrie was the 23 year old peace activist with the International Solidarity Movement who was mown down and killed by an Israeli bulldozer as she protested a house demolition.

But then John Berger died. And then I felt bereft. The thunderous posthumous accolades heaped upon everyone from Carrie Fisher and George Michael to Andrew Sachs by Muslims of all shades on my timelines could not be heard at this passing. What a shame, what an utter shame.

A cursory glance at Berger’s work should have alerted the Muslim social media circuit of not just his worth but his relevance to our lives as the otherised and sub- / de-humanised. His seminal book based on his TV series Ways of Seeing is a must read not just because it disrupted norms of art in a way that exposed the misogynistic, consumerist and overall exploitative nature of the production, acquisition and display of so-called high culture, he was able to to unpack the universal grip of that discourse as the modus through which we have all ended up viewing our lives – whether its our politics, our economics, our recreation even our faith. Berger exposed and then lambasted the male gaze – using the female nude in art. It could apply to so many forms of female representation:

“You painted a naked woman because you enjoyed looking at her, put a mirror in her hand and you called the painting “Vanity,” thus morally condemning the woman whose nakedness you had depicted for your own pleasure.”

And it applies until now. If anything, despite the radical re-envisioning that Berger embodied, our ways of seeing, as Muslims at least, seem to have socialised to the very norms our faith in theory at least subverts e.g. the exploitation of sexuality, the public parade of femininity, the institutionalisation of the male gaze – all of these hijab alone at the very least disrupts. Instead, hijab, never mind any other facet of Muslim living, thinking and seeing has been swallowed up by twin discourses of individual choice and consumerist passion. The idea of a society or world that isn’t based on exploitation is long lost from our discourse, forbidden because it contradicts the way the world is seen through the eyes of those in power.

Saied Reza Ameli draws on the idea of standpoint theory and likens it the idea of knowing from your own perspective, your own being individual, cultural, social and so on. It empowers different ways of knowing and opens a space, albeit one under intense attack from the dominant narrative to create a better and different world for everyone.

Instead, by uncritically socialising to Western misogynistic norms – be denying even the possibility of a Muslim standpoint – we are lowering ourselves, men, women and all as subjects of the Western male gaze, we simply recreate it in a garb of Muslimness.

Berger wasn’t a saint. He claimed to be a Marxist to the end because the point of analysis where the underlying drive that runs the world today is to maximise profit. If Muslim leadership refuse to espouse anything other than an Islam–lite built around the consumer norms that are destroying our world, there will be more Marxism in our midst than Islam much sooner than later. Berger didn’t claim to be a saint. He did however seem to be someone who could see multiple layers of oppression and how they worked, and tried to look for the truth as a way to build a world of dignity for all. That is something to be missed.