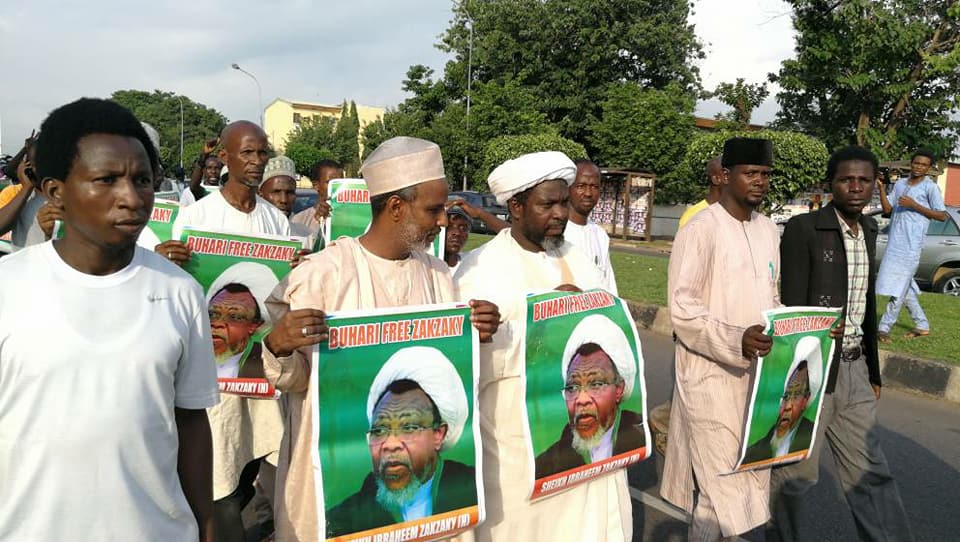 The London-based Islamic Human Rights Commission, an umbrella organization of about 30 Islamic and other nongovernmental organizations, as part of #FreeZakzaky campaign held protests in London and called for immediate release of Zakzaky and his associates. Protests were also held in other countries including USA, India, Iran, Australia, Indonesia, Pakistan, Switzerland, Malaysia, Ghana, Sudan and Nigeria.

Allah states in the Holy Quran: “And they ill-treated them for no other reason than that they believed in Allah, exalted in power, worthy of all praise (85:8). This verse contains the central philosophy of justice and its importance in human society. According to a popular adage, justice delay is justice denied and injustice anywhere is a threat to justice everywhere. So justice is the key to peace and stability of all nations.

No doubt the overwhelming solidarity and sympathy for the leader of Islamic Movement in Nigeria, notwithstanding its humanitarian nature, owes a lot to his visionary and insightful leadership. Since the gory Zaria massacre, the demands of Islamic Movement apparently remain unchanged: unconditional release of the Sheikh, his wife and other detainees; handing over the bodies of slaughtered men dumped in mass graves to the Movement for their proper Islamic burial; compensation for the damages made, and of course the urgent need to bring the mass murderers to book.

Rallies and peaceful protests by all justice loving people continue across the world. Zakzaky doesn’t only belong to Nigeria now. He belongs to everyone and everywhere. Even though the calls for justice have fallen flat on the ears of Nigerian authorities, no matter how long, hope is never lost in the struggle for justice. Despite the contemptuous nature of the government, the Movement is optimistic on the undecided cases (issues) with the Federal High Court Kaduna, and the International Criminal Court.

The dismay is clear over total disregard of Justice Kolawale Abuja’s court verdict to release the ailing Sheikh and his wife unconditionally, provide a befitting house and security for them with a compensation of fifty million Naira. By refusing to do so, the regime has shown blatant disrespect to the rule of law. To the concerned individuals in the country and beyond, Sheikh el-Zakzaky’s situation is proportionate to the Nigeria’s security and socio-economic well-being.