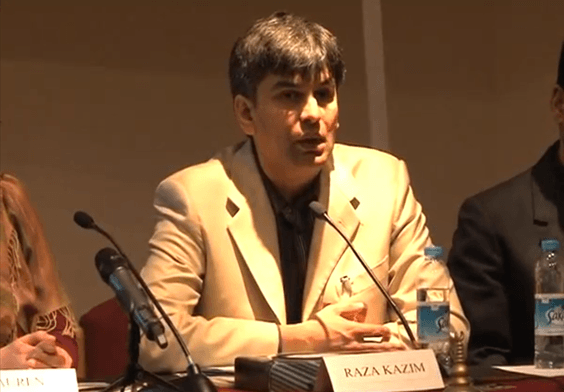 A Muslim course tutor has escaped disciplinary action after a politically motivated attack on his employment by pro-Israel groups was knocked back by his university.

Raza Kazim, a course leader for maths PGCE at Middlesex University, has been told he will face no action over the allegation by pro-Zionist supporters that he is anti-Semitic.

The Campaign Against Anti-Semitism (CAA), a registered charity which uses its charitable status to promote and defend Israel against its detractors, made the charge on the basis of Mr Kazim’s WhatsApp profile which stated: “The world stopped Nazism. World stopped apartheid. World must stop Zionism. The legacy of settler colonialism is a civilisation of death”. They also complained about his involvement with the Islamic Human Rights Commission.

The CAA, which claims to monitor the adoption of the International Holocaust Remembrance Alliance definition of anti-Semitism by universities, claimed that the comments equated Zionism with Nazism and so breached the controversial definition [1].

Middlesex is one of a growing list of universities to have adopted the definition under government pressure. Some universities have resisted it on the grounds that it will curb freedom of expression and be used to silence discussion of Palestinian rights. According to the IHRA, comparing Israel or Zionism with Nazism is an example of anti-Semitism.
The IHRA has been widely criticised by human and civil rights groups for being an instrument to gag critics of Zionism and Israel.

Following an investigation, the university was satisfied that the controversial code had not been breached and no action has been taken.

The complaint against Mr. Kazim highlights the way the IHRA definition is increasingly being used at an occupational level to muzzle supporters of Palestinian rights.

Mr. Kazim is the latest pro-Palestine activist to be targeted by Zionist campaigners. Last month pharmacist Nazim Ali faced the latest round of his four-year long defence of a claim by CAA, amongst others, that he had been anti-Semitic at a rally in 2017. The CAA have been pressuring the General Pharmaceutical Council to strike him off for the comments criticising Israel and Zionists [2].

IHRC has opposed the action against Ali because if it succeeds it could set a dangerous precedent by which pro-Palestine activists could be vulnerable to being disciplined by professional regulatory bodies according to a problematic politicized definition of anti-Semitism, and for political activities carried out outside their members’ professional lives. IHRC will continue to support anyone targeted in this way.

Mr Kazim said: “I’m glad that a line has been drawn under this and I can now get on with my job. The university’s decision is a great relief to me and my family.”

Chair of IHRC, Massoud Shadjareh stated: “It is abundantly clear from this and other cases that anti-Semitism is being utilised to harass and silence people, and university procedures are being weaponised to gag critics of Israel and supporters of Palestine. Organisations cannot allow their internal disciplinary procedures to be weaponised by supporters of Israel to silence criticism of Zionism and Israel.”

[1] Fears new definition of antisemitism will stifle criticism of Israel