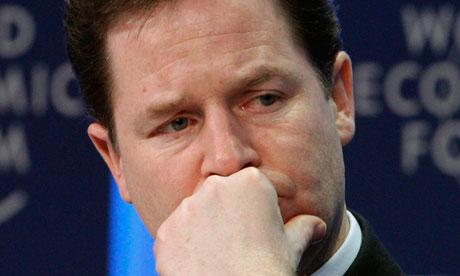 Deputy Prime Minister and Lord President of the Council

You will no doubt have read the report in the Sunday Telegraph this week trailing the government’s proposed new plans to ‘combat Islamic extremism’.

According to the article http://bit.ly/190Qwha the Home Office intends to introduce tougher new measures to deal with activities which while not illegal are said to promote social division and “very significant damage to our communities”.

They include a requirement that staff at job centres identify vulnerable claimants who may become targets for radicalisation, reviewing Shariah councils which are used by Muslims to adjudicate on civil matters, and investigating the alleged infiltration of Muslims into positions of authority such as governing boards and local councils.

IHRC is extremely concerned by these moves. They will add to a growing body of highly oppressive laws and policies introduced in recent years – since 2000 successive governments have enacted at least eight pieces of primary legislation – that have principally targeted Muslims and approached them collectively from the standpoint that they are potential extremists and therefore a security threat.

The proposal that staff at job centres will be required to identify ‘vulnerable’ claimants who may become targets for radicalisation extends the scope of the Counter-Terrorism and Security Act which came into force last month and which made it compulsory for public authorities to prevent terrorism as part of their everyday functions. The new law will now also incorporate job centre staff into this growing security apparatus introducing a new level of surveillance of the Muslim community on behalf of the state. Needless to say we are also concerned about the potential breakdown of the trust and confidence that is necessary for the effective implementation of professional duties that this proposal may engender.

More worrying is the suggestion that councils will have to “take steps to ensure the safeguarding of children in hitherto unregulated places”, such as supplementary schools and tuition centres. IHRC views this as an insidious attempt to smuggle the government’s anti-radicalisation PREVENT agenda into Muslim supplementary schooling with the ultimate aim of controlling what is being taught. IHRC has viewed PREVENT from its very outset as a social engineering exercise designed to drag the Muslim community away from its beliefs and values. The proposal is also downright insulting in that it implies that the sector is a hotbed of radicalisation and that Muslim parents either support their ‘extremist’ agendas or are incapable of safeguarding their own children.

The document also calls for a ban on radicals working unsupervised with children over fears the young could be brainwashed. We find this disturbing. The idea of a ‘sex-offenders register’ for Muslim extremists is a dark, Orwellian recipe that will exclude ordinary law-abiding Muslims from certain types of employment simply because somebody in authority has suspected them of being an extremist. The government’s definition of extremism has become so wide in recent years that people can be arrested for advocating armed resistance to occupation or advocating the creation of an Islamic state governed by religious principles. In addition, the rule of law and due process is noticeably absent from such determinations of extremism and their arbitrary and subjective nature make them ripe for abuse. There is little or no oversight or right of challenge to such decisions meaning that once labelled, an ‘extremist’ is likely to be marked for life.

The Telegraph article also suggests the government is to take action to prevent extremists seeking to gain positions of influence to better enable them to promote their own values. It says that universities, charities and local councils are especially vulnerable to entryism citing the so-called Trojan Horse plot in Birmingham. It is deeply disturbing that the picture being painted of the Muslim community is one of potential subversives undermining the security of Britain from within. Our own investigations showed that the allegations made by officials in the Trojan Horse affair were almost totally devoid of basis, inspired by Islamophobia, and that what was actually at issue was the legitimate aspirations and expectations of Muslim parents to have their children schooled according to an Islamic ethos in a handful of Muslim-majority schools.

The government also intends to carry out what it calls an “independent review” of Shariah adjudication services in the UK. The rationale for this according to the Telegraph is that the government is “concerned about the way Shariah councils are working in some parts of the country” with “troubling reports that in some areas women have suffered from the way these councils work, either through forced marriage or discriminatory divorce proceedings.

Shariah councils are an essential institution in the Muslim community and are used to adjudicate on civil matters in an identical way to the Jewish Beth Din, or rabbinical courts, presided over by religious scholars and experts. Their use among Muslims is widespread to resolve family, marriage and commercial disputes and rely on people agreeing voluntarily to submit to their adjudication. The idea that they need to be probed because they oppress women is as offensive as it is inaccurate. Shariah councils have in fact provided a great service to women in the Muslim community whose husbands have refused to grant them a divorce.

In focussing on Shariah councils the government seems to be accepting and perpetuating tropes about Islam being a misogynistic religion. It also speaks volumes about how state discrimination against Muslims has become so normalised that only Islamic civil adjudication forums have been singled out for scrutiny. For decades now in the UK, Jewish women have struggled to obtain divorces from rabbinical courts in cases where their husbands have refused to grant them a get (divorce) yet there has never been any suggestion that those courts should be made subject to state oversight.

The focus on Shariah councils seems particularly odd in that there appears to be no suggestion by the government that they are responsible for ‘extremism’. In actual fact forced marriage is an act that can be dealt with under existing UK criminal law and since the decisions of Shariah councils are not legally binding under UK law, even discriminatory proceedings against women can be rectified in the family courts. In our view the focus on Shariah councils is part of a wide, insidious and relentless attack on the whole Muslim way of life under the pretext of security and anti-terrorism.

While these proposed new moves are being touted by the government as a ‘new counter-extremism strategy’ they are in fact simply a continuation of a tried and failed strategy of coercing British Muslims into becoming subservient subjects forcibly assimilated into some assumed mainstream British norm. If anything the ‘anti-extremism’ crackdowns that now habitually follow criminal acts committed by extremists at home or abroad have not succeeded in stemming their occurrence but have had the opposite effect as more people become alienated by policies and processes that single them out for discriminatory treatment. You should also not need reminding that the impact of such strategies on Muslims has been devastating. They have ‘otherised’ the whole Muslim community and created a public climate of antipathy towards it that encourages and normalises acts of discrimination, abuse and violence.

Moreover, recent anti-terrorism legislation has had a hugely corrosive effect on civil liberties for everyone in Britain. Each fresh piece of legislation has undermined fundamental democratic principles, due process and the rule of law, and expanded the powers of the state to intrude further into the legitimate activities of by law-abiding people, without actually making Britain any safer. At the same time the very community that should be spearheading the fight against extremism is being alienated by a government which seems hell-bent on using security as a pretext to wage an ideological war against its values.

Last January, along with other civil liberties groups, we announced that we were withdrawing from all future government consultations on terrorism on the grounds that the government was cynically using anti-terrorism law consultations to legitimise what are effectively pre-decided outcomes. Unfortunately this time round the government will not even be affording us that privilege because its proposals have been deemed ‘too sensitive’ to open up to public scrutiny – the Telegraph says the document will only be published in summary form. This will deny people even the right to scrutinise and challenge the proposals. In fact the government seems so determined to drive through the latest proposals that the strategy is slated to be published before Parliament is dissolved for the general election at the end of the month leaving parliamentarians little time to discuss them either.

When the Lib-Dems took up the reins of government you said that among other things your party would seek to temper any excesses made by your coalition partners. In recent weeks you have repeated that promise. However, over the course of this Parliament the Tory-led government has repeatedly assaulted our democratic freedoms and liberties and waged an unprecedented assault on the Muslim community in a manner not too dissimilar to the treatment of Jews in pre-war Nazi Germany. We hope that you will be faithful to your pledge and immediately take all necessary steps to ensure that these proposals never make it onto the Statute Book and take us further down the slippery slope towards an authoritarian state.