Abbas will chair Wednesday’s congress a day after he told more than 2,000 delegates at the opening of the first Fatah party conference for 20 years that it has made mistakes and must make a fresh start.

He also stressed that peace with Israel remained Fatah’s goal, but that it reserved the right to what he called “legitimate resistance”.

“Although peace is our choice, we reserve the right to resistance, legitimate under international law,” Abbas said in his speech on Tuesday.
“We will not stand helpless in the face of Israeli incursions.”

Al Jazeera’s Nour Odeh, reporting from outside the conference centre in the West Bank town on Tuesday, said Abbas’s words were an attempt to appeal to a movement divided over how it should proceed.

“The kind of heritage that Fatah carries is based on the fact that it led armed resistance. It would have been very difficult to conceive of Mahmoud Abbas disowning that legacy,” she said.

Nabil Shaat, a Fatah Central Committee member in Bethlehem, told Al Jazeera: “There’s a very long list of things to be done. First, this organisation needs to redirect its purpose.

“Fatah people have opted for the peace process, but they have never been ashamed of the fact that they started the armed struggle to liberate their country.

“Some balance is needed to clarify that they are a liberation movement that opted for a peace movement.”

The Bethlehem meeting, the first party conference in two decades, is expected to see Fatah tackle issues such as its ageing leadership and revitalise the party, largely paralysed by political infighting.

But ahead of the conference, officials denied members would revise the group’s founding charter which, like that of its rival Hamas, calls for Israel’s destruction.

“It will remain as is. It won’t be subject to discussion,” Azzam al-Ahmad, a senior Fatah leader, said. 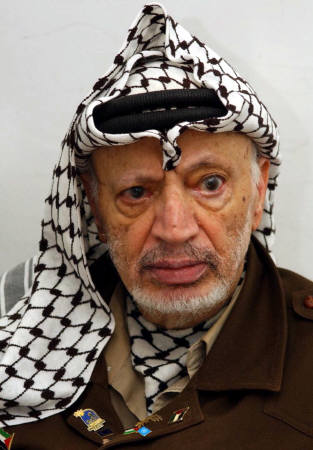 The charter calls for armed struggle “until the Zionist entity is wiped out and Palestine is liberated”.

But a draft of Fatah’s new programme calls for new forms of resistance such as civil disobedience against the expansion of Jewish settlements and the separation barrier, which Israel says is for security, but which Palestinians denounce as a land grab.

The peace talks with Israel have been stalled for months, Fatah is backed by the West largely because of its willingness to negotiate with Israel.

The Fatah conference suffered a blow even before it began, with Hamas, which effectively rules the Gaza Strip, refusing to allow 400 Fatah delegates based in Gaza to attend unless Fatah releases hundreds of Hamas activists detained in the West Bank.

Zoughbi Zoughbi, a long-time Fatah member and activist, called the conference a “historical moment” none the less.

“Despite of all of that, I feel there is a message to convey to the whole world, that the Palestinian people are dedicated to the peace process,” he said.

The conference also aims to elect a new central committee and a ruling council, in the hopes of giving more of a say to a younger generation that grew up fighting Israel’s occupation of the West Bank.

The last Fatah congress was held in Tunis in 1989, when the movement was under the leadership of Yasser Arafat, the late Palestinian leader.