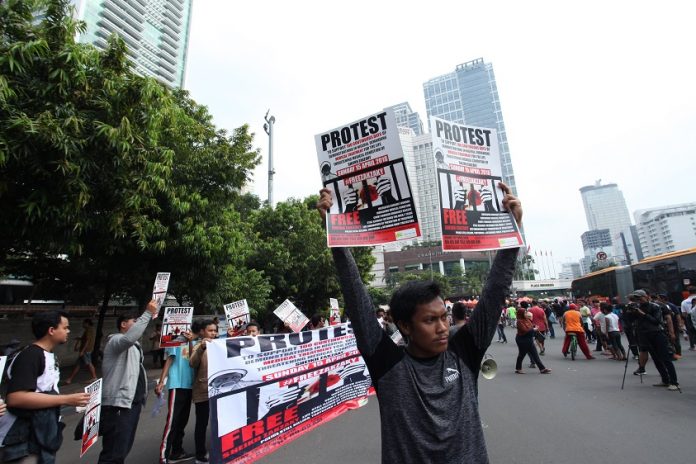 Below please find the last week’s update on the Free Zakzaky campaign. During this week the preliminary report of the IHRC led foreign medical expert team triggered massive #FreeZakzaky protests across the Nigeria demanding immediate further assessment and the treatment of the Sheikh and his wife.

Hundreds of thousands of members and sympathizers of the Islamic Movement in Nigeria today took to the streets of major Northern Nigerian towns and cities to protest the continued illegal detention of Sheikh Ibraheem Zakzaky, whom foreign medical experts recently said he still suffers significant health challenges and should be sent for further treatment abroad.

The peaceful protests were conducted in virtually every northern state capital, including but not limited to Katsina, Sokoto, Kaduna, Kano, Bauchi, Gombe, Yola and Jalingo.

Following are few pictures taken from across the States, please Click Here for more images;

#FreeZakzaky Protest in Nigerian Capital Abuja on Friday 03 May
03 May 2019
#FreeZakzaky Protests continued in different Nigerian cities and a massive protest was staged by followers of Sheikh Ibraheem Zakzaky, after Juma’at prayer at National Mosque, Abuja. Protesters demanded Buhari Govt to immediately release Sheikh Zakzaky to attend to his medical condition. A team of foreign medical experts recently concluded that the ailing Sheikh would require further proper medical attention at a well-equipped center abroad.

Followers of Sheikh Ibraheem Zakzaky staged a massive #FreeZakzaky protest at Maitama District of Federal Capital territory, Abuja on 02 May 2019, Calling for the immediate release of Sheikh Zakzaky and his wife Malama Zeenah.

The daily massive protests demanding immediate and unconditional release of leader of the Islamic Movement in Nigeria, Sheikh Ibraheem Zakzaky have today kicked off from Wuse Market, Abuja, the capital territory.

The protest marched chanting slogans by the protesters, demanding the freedom of the innocent leader, his wife and several others in illegal detention.

As we have been updating the recent condition of the couple, it was just last Thursday 25/4/2029, a team of foreign medical experts that assessed the medical needs of the Sheikh and his wife on the orders of a Kaduna High Court which the team have just concluded that the ailing Sheikh would require further proper medical attention at a well-equipped centers abroad.

Thousands of members and sympathizers of the Islamic Movement in Nigeria filled the ever busy street of Ahmadu Bello Way in Central Kaduna to demand the unconditional release of Sheikh Zakzaky, who has been illegally detained since December, 2015.

The protest march is coming on the heels of preliminary reports of the team of foreign medical experts who examined the Sheikh and his wife that suggested that the duo will require further assessment and treatment abroad where there are better equipment and services.

Police Attacked Peaceful FreeZakzaky Protest
Published on 15 April 2018
A video clip of security forces which include soldiers and mobile police who attacked free Zakzaky Protesters in Abuja on Monday the 16th of April 2018 with tear gas and live ammunition.