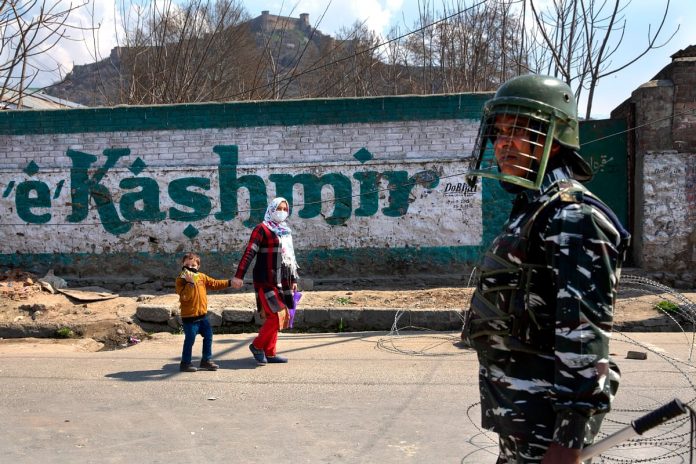 Labour Party has been traditionally supportive of the rights of the Kashmiri Muslims. To cement their support, during Mr Jeremy Corbyn’s leadership, Labour Party passed an emergency motion in 2019, stating that Kashmir “is a disputed territory and the people of Kashmir should be given the right of self-determination in accordance with United Nations resolutions.”

Under President Modi’s Presidency, India has been implementing ultra-nationalist policies that have significantly curtailed the rights of Kashmiri Muslims. The last straw was India’s decision to revoke the special status granted under Article 370 of the Indian Constitution on 5 August 2019. The decision downgraded it into two federal territories. The Labour’s emergency motion was a response to India’s decision to revoke the special status of Kashmir.

However, when the new Labour leader Keir Starmer took office, he indicated that he is willing to change the official position of Labour on Kashmir. In April 2019, during a meeting with the Labour Friends of India, Starmer said: “Any constitutional issues in India are a matter for the Indian parliament, and Kashmir is a bilateral issue for India and Pakistan to resolve peacefully.”

Keir Starmer’s comments also conflicted with the United Nations resolution 47, which calls for the right of self-determination for the people of Kashmir.

Mr Starmer’s comments received a strong reaction from grassroots Labour supporters and Muslims community in the UK. As a result, he had to backtrack this early statement. However, there is a growing concern among pro-Kashmir activists in the UK that Mr Starmer may still decide to go back his earlier position to gain the support of the strong British Indian community in the forthcoming elections.

Campaigners are requested to contact the Labour Leader Keir Starmer and ask to remain committed to supporting UN resolutions on the rights of the Kashmiri Muslims.

Re: the rights of the Kashmiri Muslims

I am pleased to receive the news that you have decided to commit to the Labour Party’s emergency motion in 2019, stating that Kashmir “is a disputed territory and the people of Kashmir should be given the right of self-determination in accordance with United Nations resolutions.”

As a human rights lawyer, you are in the best position to appreciate the importance of adhering to the decisions taken by the United Nations. People of Kashmir have been suffering from continuous human rights violation for decades, and their only hope is to the right of self-determination.

We hope that election concerns of the new Labour leadership would not lead them to ditch the Labour Party’s emergency motion in 2019 which underpins a future Labour government’s role in solving the grave ordeal of the people of Kashmir.

Please email your letter to keir.starmer.mp@parliament.uk

Alert: India – Write to the foreign secretary to protect Muslim rights in India

Alert: India – Write to FCO to put pressure on BJP