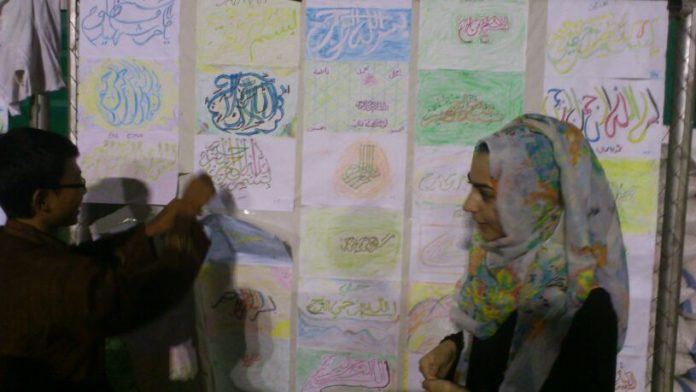 Read the full report of the trip here.

Moved again a further one hundred miles away from their abandoned homes, men from Sampang were forced to pray in segregation from the jamah on Eid at a mosque in Sidoarjo, East Java (pictured praying on the right hand side of the barrier). They were initially denied entry on the basis that they were not considered Muslim. 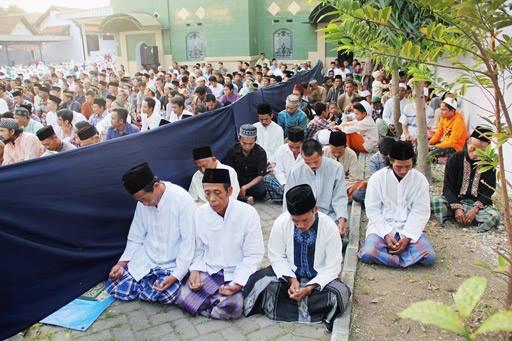 A Universal Justice Network team visited Indonesia on 5 January 2013 to discuss unity and progress in the region.  The trip came in the wake of sectarian violence that had seen villagers killed in internecine Muslim violence.  Details and action points for campaigners can be found here. 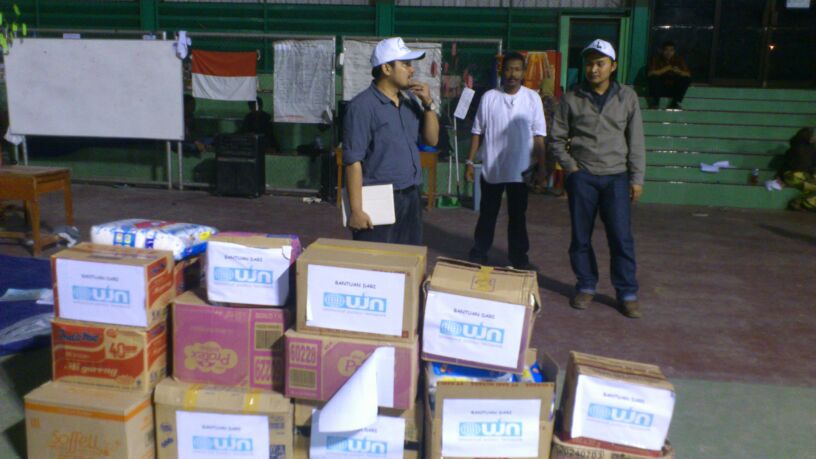 On January 5, the team delivered aid (from donors in the UK)  to 42 families taking shelter in a disused sports complex after they fled their homes. They also interviewed the displaced villagers who told them that they forgave their attackers for everything that had happened to them, and that they just wanted to go back home and be united again.  Photos of the visit to the centre can be viewed below.

The team went on to meet local leaders to foster conflict resolution discussions.

Following IHRC’s extensive discussions with governmental, civil society and religious groups in Indonesia, as well as refugees victim to the attacks in Sampang, the government was pressured into reinstating food and water supplies in the Sampang Sports Complex where 274 individuals are currently refugees. You can read more here.

News coverage of the trip can be found here (Indonesian).