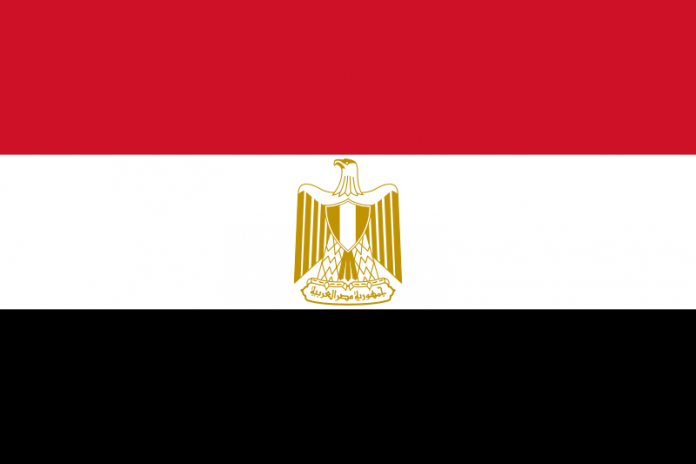 Cancel your invitation to the Egyptian dictator Abdel Fatah al-Sisi

We strongly condemn your invitation to the Egyptian dictator Abdel Fatah al-Sisi for talks in the UK. Sisi is a war criminal whose hands are soiled with the blood of thousands of innocent Egyptian protesters against military rule. The Human Rights Watch report “The Rab’a massacre and mass killings of protesters in Egypt” concluded that Sisi and a number of other senior Egyptian officials were responsible for the massacre of protesters in Egypt in July and August 2013, a crime against humanity under international law. If ever he sets foot in the UK, he should be arrested and prosecuted in English courts for the crimes against humanity committed by him, and not feted as a head of state.

Your invitation came a day after an Egyptian kangaroo court sentenced to death President Mohamed Morsi and over ninety others. President Morsi is the first elected president in Egypt’s history and was ousted in a coup by the military led by Sisi which your government did not condemn. Among those sentenced to death were Professor Emad Shahin, a highly accomplished political scientist who has taught at the American University in Cairo and Georgetown University, and three others who had been dead even before the date of the alleged offence.

Mr Prime Minister, you have invited a dictator who has destroyed all the institutions of democracy taking shape after the January 25 revolution, ended the rule of law, committed gross violations of human rights, and crippled an independent press. The latest Amnesty International report on Egypt states that two years after the army ousted President Mohamed Morsi, “Egypt has regressed into a state of all-out repression”. Therefore, where is your government’s oft-proclaimed commitment to democracy, rule of law and human rights?

Egypt is now a police state where you cannot even have a private conversation in a café without its intelligence service eavesdropping on you. Le Monde Diplomatique editor Alain Gresh and an Egyptian journalist were detained and interrogated by a security officer when they were leaving a café where they had been discussing the political situation in Egypt. They were released only after the French Embassy intervened in the matter. [See op-ed from the New York Times, Nov. 16, 2014, “Egypt’s New Police State” by Sara Khorshid]

Egypt has been turned into a “republic of fear” as claimed by Abdel Moneim Abol Fotouh who came fourth in Egypt’s 2012 presidential elections. Fotouh said: “Anyone who wants to express his opinion is afraid that he will be harassed, detained, that his house will be stormed, or a case against him will be fabricated, or it will be said that ‘you are insulting the judiciary’.”

In an unprecedented move, on March 7, 2014, Denmark and 26 other countries issued a statement on Egypt in the UN Human Rights Council expressing concern about the restrictions on the rights to peaceful assembly, expression and association, and about the disproportionate use of lethal force by security forces against demonstrators which resulted in large numbers of deaths and injuries. They urged the Egyptian government to end ongoing harassment and threats against those who express dissent and to release those arrested for exercising their basic rights. They also stated that a prosperous and stable Egypt can only be secured based on an inclusive political dialogue and democratic solution.

Their call has fallen on deaf ears, with the military-led regime cracking down on those who are calling for “an inclusive political dialogue and democratic solution”. The 86-year-old Muslim Brotherhood, which, through its political wing, took part in the first free and fair elections held in Egypt and won, has been declared a “terrorist” organisation without any evidence.

Many of its leaders, including its spiritual leader Mohammed Badie and President Morsi, have been sentenced to death on fabricated charges while others have been given long prison sentences. Over 40,000 Egyptians – women, children and men – are languishing in prison, their crime being opposing the military dictatorship.

The Egyptian judiciary has become a tool of the military to suppress the struggle of the Egyptian people for democracy and justice. There is now incontrovertible evidence of how Egypt’s courts are being used to eliminate opponents of the dictatorship. There are authenticated tapes of discussions in Sisi’s office about how to fabricate evidence to support the detention of President Morsi. In the tape recording, General Mamdouh Shahin, legal advisor to the military council, can be heard to say: “The attorney general is requesting fabrication of detention date to an older period or anything.”

In April 2014, an Egyptian court sentenced to death 683 alleged supporters of the Brotherhood including its spiritual leader Badie. US Senator Patrick Leahy castigated the verdict as “a total violation of human rights … an appalling abuse of the justice system … and shows a dictatorship run amok.” In another case, 529 supporters of President Morsi were sentenced to death after just a two-day hearing. 400 of the accused were not in court but in police custody, and the defence lawyers were prevented from presenting their case or calling witnesses.

While persecuting the regime’s opponents, the authorities have failed to investigate thoroughly and make accountable members of the security forces responsible for the killing of over 1000 people during the dispersal of the Brotherhood sit-ins on August 14, 2013. During the UN Human Rights Council universal periodic review in November 2014, Iceland made the recommendation: “Ensure thorough, independent and impartial investigations into the mass killings in [Rabaa Al-Adaweya] Square in 2013 and hold the perpetrators accountable.” The Egyptian government has contemptuously ignored the recommendation.

Women detainees have been beaten, tortured and subjected to physical and psychological abuse. There have also been reports of sexual molestation and rape. The International Coalition for Egyptians Abroad had submitted a memorandum to the UN Human Rights Council that contains documentation by several local and international human rights organisations of “incidents of rape and sexual assault against female political detainees” in Egypt. Two women were raped 14 times in one day in one of the detention centres belonging to the Central Security Forces.

A rape victim Nada Ashraf, 19, who is married and has a son, told Al Jazeera’s Mubasher Misr news channel: “I was partially stripped of my shirt and pants by the time I was thrown into the vehicle … then the officer boarded the vehicle, took off his pants … and raped me. My life is destroyed. Now I fear the thoughts of all men, even my own son and father.”

Media critical of the government and the military have been silenced and the state and pro-military private media have been instigating and promoting violence against members and supporters of the Brotherhood and secular pro-democracy protesters. Public opinion is being manipulated by the pro-coup media to accept military rule with a civilian mask, and suppression of inclusive democracy.

Al Jazeera journalists have been imprisoned on fabricated charges of supporting terrorism and aiding the Muslim Brotherhood. Ahmed Mansour, a distinguished Al Jazeera journalist, was arrested a few days ago by the German police on a warrant issued by Cairo. He was released after two days as the charges against him were spurious.

In its latest report, the New York-based Committee to Protect Journalists said that the threat of imprisonment in Egypt is part of a stifling atmosphere in which authorities pressure media outlets to censor critical voices and issue gag orders on sensitive topics. It said Sissi has invoked national security to trample on liberties. Eighteen journalists have been jailed for covering protests, airing views contrary to the government or reporting on injustices committed against people affiliated with the Brotherhood.

By inviting Sisi, your government has chosen to ally itself with the Egyptian dictator and the petrodollar-rich hereditary rulers of Saudi Arabia and the United Arab Emirates (UAE) against those who are fighting for democracy and justice there. You are complicit in the murder of democracy in Egypt and the regime’s gross violations of human rights. It is a shame that Britain is trading its honour for Saudi and UAE petrodollars. As Amnesty’s Hassiba Hadj Sahraoui said: “The gross hypocrisy of Egypt’s partners has been laid bare in a race for lucrative business deals, political influence and intelligence, as well as new sales and transfers of policing equipment that could facilitate human rights violations.”

The hypocrisy and double standard practised by the big Western powers will force many victims of state repression to abandon the democratic path and seek a solution in violence. As the New York Times editorialised: “…playing down Mr. Sisi’s repressive tactics is bound to backfire and drive aggrieved Egyptians to violence and extremism, destabilizing both Egypt and the region.” The growing discontent and frustration among the Egyptian youth will fuel the insurgency raging in Sinai. A successful attack by the insurgents on the Suez Canal will have a devastating effect on world trade, transportation and global security.

The Egyptian government is not going to listen to pleas and appeals from the international community. The powers embodied in the United Nations Charter to promote democracy, human rights, peace and global security must be used to dismantle the military dictatorship in Egypt.

We urge you to cancel the invitation to Sisi and to work with the United Nations to free the Egyptian people from the clutches of Sisi’s tyrannical dictatorship.

Kindly acknowledge receipt and let us have a reply.