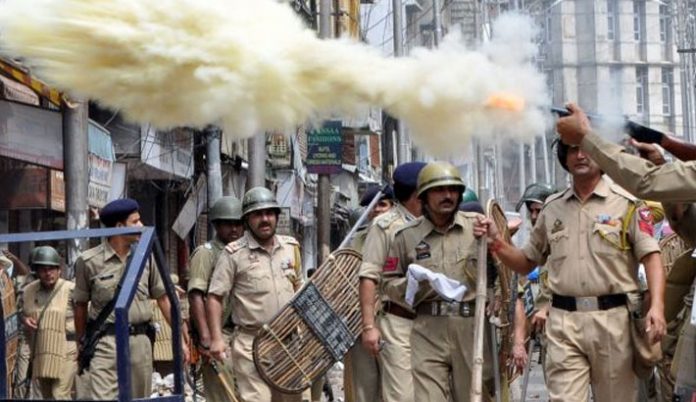 Kashmir and Self-Determination: International Law as a Way Forward – An introduction to the situation in Kashmir, through a discussion of self-determination.

In 1947, Great Britain partitioned its South Asian colony India, into two new independent countries: ‘Hindu’ India and ‘Muslim’ Pakistan. The status of the colonies 565 princely states was impacted greatly as a result of this partition. These small states which previously had no allegiance to either dominion, following Viceroy Lord Mountbatten’s recommendation had to choose between these two new nations.

Half Widows in Kashmir – The figures for 2010/11 shows that there are more than 1500 women currently living a miserable life as their husbands are either disappeared or missing.

In India and Israel, the burden of protest falls on the victims of injustice – [External link] But Obama failed to acknowledge to his highly politicised audience the fact that the United States enabled, and often required, the “relentless tyranny of governments that deny their citizens dignity”

Kashmir: Act before foreign forces land in Srinagar – [External Link] Dozens of people, mostly school-going young men and women, have succumbed to the bullets fired by the security forces directly into their chests.

Speakers seek UN role for Kashmir settlement; 2011 – Speakers at a seminar have said that human rights violation in occupied Kashmir are on the rise due to impunity that the Indian troops enjoy under draconian Armed Forces Special Powers Act in the territory. The seminar on Rule of Law and administration of Justice was organized by Islamic Human Rights Commission UK on the side lines of the 22nd session of United Nations Human Rights Council in Geneva.

Demand an end to the siege of Kashmir – IHRC are deeply concerned by the draconian and oppressive tactics of Indian forces in Indian Occupied Kashmir. Write to your MP and deamand their condemnation

Kashmir – Immediate action from the international community required – Today’s decision by the Indian government to revoke the special status of occupied Kashmir is a setback to peace efforts and institutionalises further the persecution of its inhabitants.

International community should speak out against Indian actions in Kashmir – India has an atrocious human rights record in Kashmir, where forced disappearances, summary executions and rape are common practices in the Valley.