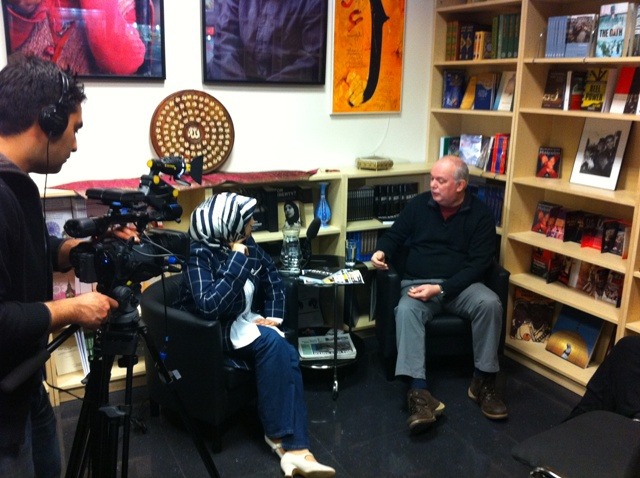 The book, co-authored with journalist Fiona Bawdon set out the story of the five men arrested and tried for terrorism offences in the now infamous ‘Ricin’ trial, where it was alleged they formed a an Al-Qaeda conspiracy to poison thousands of people.  Of the five four were acquitted of all charges, the fifth convicted of only a minor charge.

Archer and Bawdon’s book covers the events that led up to the arrests and brings to light the catastrophic police, CPS, government and media failings that hyped the case up to the extent that it was cited as evidence of an Al-Qaeda – Iraq nexus in Secretary of State Colin Powell’s case at the United Nations for war against Iraq.  The story of this case does not end with the acquittals in 2005, and Lawrence Archer discussed the treatment of the men acquitted, including those fighting an extended deportation battle, which includes being held under immigration bail conditions – a control order under any other name – as well as the acquitted defendant held for almost two years under an actual control order.

Archer himself was modest regarding his role in bringing this case to light.  He was the jury foreman in the case, and he and two other jurors have spent over five years tirelessly campaigning to ensure that the innocence of the men is recognised but also that the type of injustices that led to their arrests and convictions, as well as after their acquittal are exposed.

All who attended the event were agreed that Archer and his colleagues were both brave and exemplars in the struggle for justice.  They have shown that anyone can and should take whatever action they can when they learn of injustice.  Our congratulations to him and Fiona Bawdon on the publications of the book and their struggle for justice that continues.

Signed copies of the book are available from the IHRC on-line shop here.

A video of the event is available on the IHRC Youtube site, as well as on this website.

Our next author evening is on Monday 7 March, at 6.30pm at the bookshop.  Joining us will be Asim Qureshi of Cageprisoners, who will be talking about his work and his book The Rules of the Game is published by Hurst.  For more information about the event please click here.

Language, Media and the Public Mind – A Case Study of Reporting of the ‘Ricin’ Incident