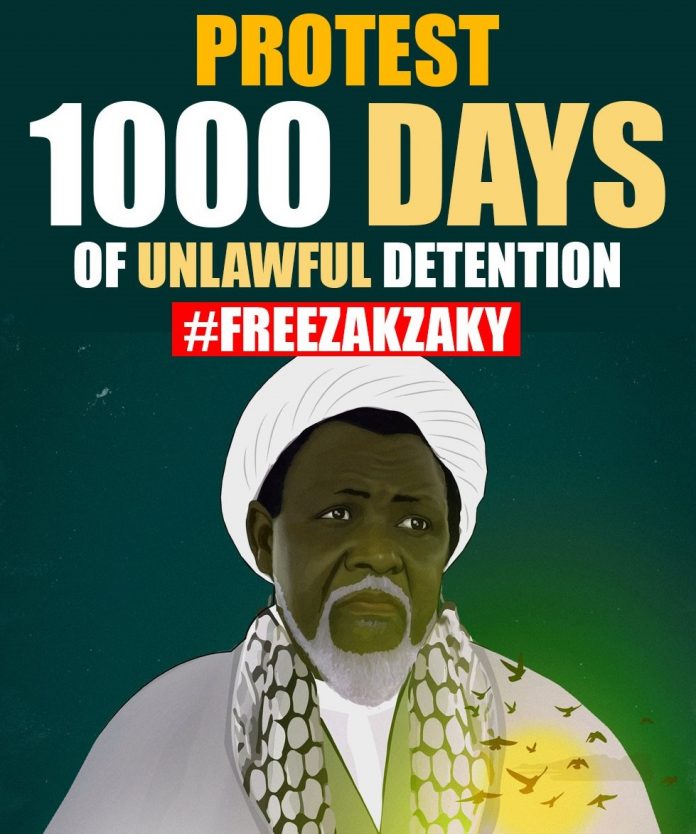 WHERE: Protests ideally should be arranged outside the Nigerian High Commission / Embassy in your country. Campaigners are organising protests in UK, USA, Australia, Indonesia, Malaysia, Turkey, Denmark, Switzerland, India, Iran, Pakistan and Nigeria.

For information on the London protest please click here

7-9 September 2018 mark 1000 days since the Zaria massacre (12-14 December 2015) in Nigeria and the unlawful detention of Sheikh Zakzaky and his wife Muallima Zeenah. IHRC, as part of the Universal Justice Network, is calling for international protests to mark this travesty of justice.

We request you to join this campaign with any type of activity in your country or with social media campaigns.

For more instructions and a model letter/email, please click here