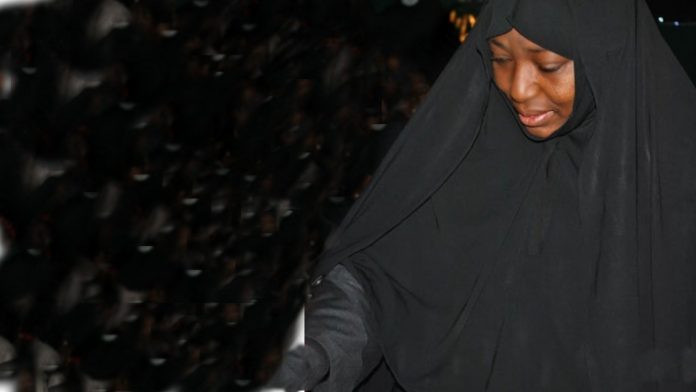 IHRC has written to the President of Nigeria, Muhammadu Buhari, asking him to release the unlawfully detained leader of the Islamic Movement and his wife in order to protect them from the spread of Covid-19 in the country’s jails.

Simultaneously IHRC has also written to the United Nations asking the international body to exert pressure on Nigeria to do the same.

Mallimah Zeenah tested positive for Covid-19 this week in Kaduna state prison where she is currently being held along with her husband Sheikh Ibrahim el-Zakzaky.

Given Mallimah’s underlying medical conditions and her age, her infection places her at heightened risk of severe illness and/or death. Sheikh Zakzaky himself suffers from many underlying conditions which put him at high risk of developing life-threatening symptoms should he contract the virus.

Overcrowding in Nigeria’s jails, which currently operate at over 150 per cent of capacity, has meant that the virus has spread rapidly within the prison population. Last summer the country released 7,813 inmates from its Correctional Service centres around the country to relieve pressure and help fight the raging pandemic.

Many of those released were freed under presidential pardons issued by Buhari. However, the president failed to act on a request by IHRC for the clemency to be extended to the Zakzakys.

This is all the more unacceptable given that the couple have never been convicted of any crimes and are being held unlawfully in defiance of a 2017 court order ordering their release.

IHRC’s letters call for efforts to be made to release the pair immediately on humanitarian grounds so that they can receive the care and protection they urgently need.

What compounds the situation is that Mallimah and her husband should not be in custody in the first place. They are being tried for culpable homicide for allegedly being responsible for ordering violence that resulted in the death of a member of the security forces during a massacre by armed forces of supporters of the Islamic Movement in Zaria in December 2015.

However, despite the fact that over 1000 innocent supporters of the Islamic Movement were butchered in the attack, not a single official has been charged or brought to trial over the killings. The massacre is currently the subject of a preliminary investigation by the International Criminal Court.

The couple are next due to appear in court on Monday 25 January. The length of time they have spent in custody since being arrested in 2015 reinforces the view that the Nigerian authorities are conducting a witch-hunt against the couple and abusing the judicial system in the hope that they will die quietly in custody.

For more information or comment or to arrange an interview with a spokesperson from the family, please contact the Press Office on (+44) 7958522196.

[1] To arrange an interview with the head of legal team and or a spokesperson from the Zakzaky family please call or WhatsApp (+44) 7958522196.
[2] To read IHRC’s latest submission to the ICC visit here.
[3] Find a case Press Kit here.
[4] Find the IHRC #FreeZakzaky campaign details here.[ENDS]