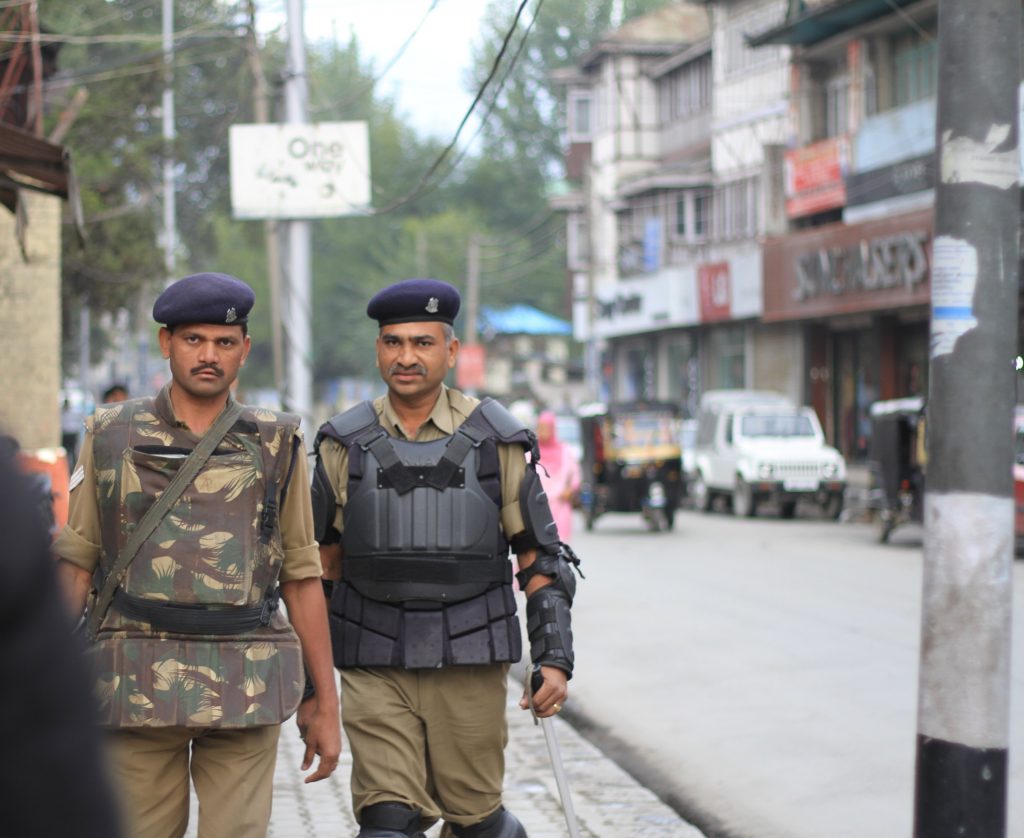 IHRC are deeply concerned by the draconian and oppressive tactics of Indian forces in Indian Occupied Kashmir.  More than a month after the revocation of article 370, the situation in Kashmir continues to be of deep concern.

Reports suggest that thousands have been arrested and detained without charge, including children, hundreds injured by the continued use of pellet guns.  An ever more restrictive regime of curfews is in place, making it difficult amongst other things for people to access medical care, food and supplies.

The region is currently facing an unprecedented crackdown with a troop surge of 38,000 to join the pre-existing military presence of 700,000.  Internet is blocked and phone lines have been cut since the weekend (3-4 August), and prominent figures, including pro-India politicians have been held under house arrest.  A general curfew is in force.  Parts of the Indian Constitution (article 370) has ben revoked, now allowing Indians to buy land in Kashmir, a precursor many fear to mass demographic change engineered by the current Indian government.  Such a change constitutes a form of ethnic cleansing.

Sample letters are given below for your convenience. Please note that model letters can be sent directly or adjusted as necessary to include further details. If you receive a reply to the letter you send, we request you to send a copy of the letter you send and the reply you received, to IHRC on info[AT]ihrc.org. This is very important as it helps IHRC to monitor the situation with regards to our campaigns and to improve upon the current model letters and campaign.