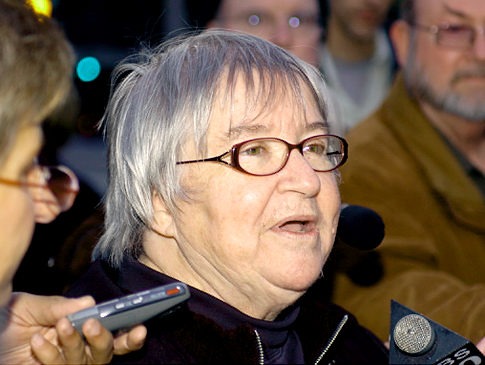 Lynne F. Stewart, a disbarred and well-known human rights lawyer, who is 70 years-old, was sentenced to 10 years imprisonment on Thursday 15 July.

She was convicted of smuggling letters from the currently imprisoned leader of the ‘Islamic Group’, Sheikh Omar Abdel Rahman, to his followers.

Lynne F. Stewart was the lawyer of prisoner of faith Sheikh Omar Abdel Rahman, who is currently detained in the US serving a life sentence.

Sheikh Omar Abdel Rahman, leader of the Islamic Group, which is branded by the US government as a terrorist group, was convicted and sentenced in 1995 following investigations into the 1993 bombings of the World Trade Centre for conspiring to launch attacks on the United Nations and other New York City landmarks.

Stewart was convicted in 2005 and sentenced in 2006 to serve 28 months of imprisonment for helping him smuggle letters to his followers of the Islamic Group and for abusing her position.

US prosecutors appealed the decision of US District Judge John Koeltl and called for a 15 to 30 year sentence for Stewart, deeming 28 months to be insufficient punishment.
Assistant US Attorney Andrew Dember called her ‘a criminal who refuses to accept responsibility for what she did’, and accused her of intentionally helping Abdel Rahman lead the Islamic Group from his jail cell.

Koeltl underscored Stewart’s commitment to serving unpopular clients and working in human rights but nevertheless to her to10 years in prison, which is almost five times her initial sentence.

Stewart’s lawyers called on the judge to reapply the initial sentence and rejected claims of Stewart’s lying. The judge received almost 400 letters supporting her.

Stewart said in the hearing that she was ‘somewhat stunned’, while her husband, Ralph Poynter, called this decision as a ‘death sentence’.

IHRC is concerned about this decision and calls on the US government to reapply the initial sentence on Lynne Stewart, taking into consideration her health condition, as she suffers from breast cancer, her age, and her many years of service in human rights as a lawyer to unpopular clients.