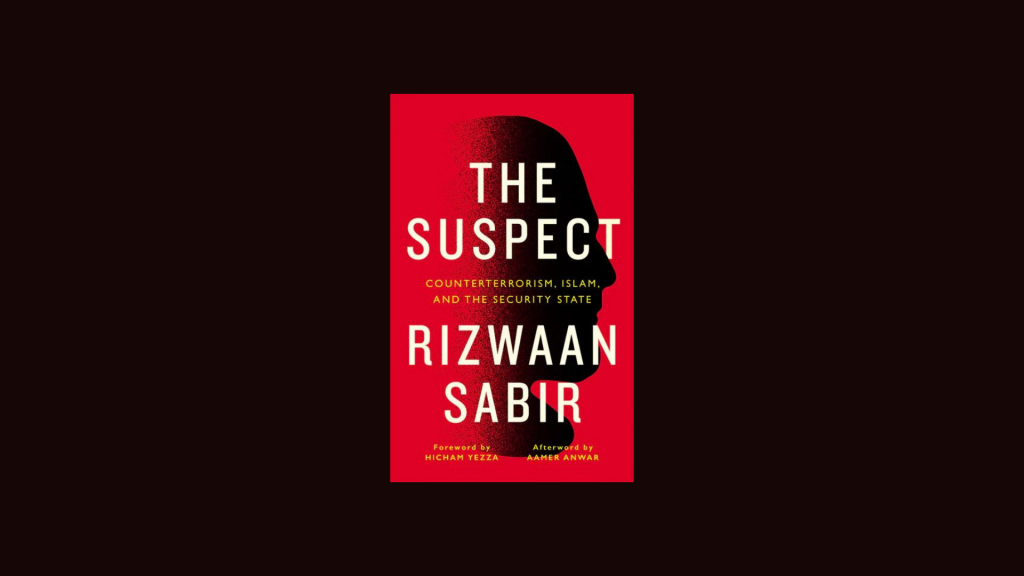 Join us for an author evening with Rizwaan Sabir to discuss his book, The Suspect: Counterterrorism, Islam and the Security State.

Purchase The Suspect from the IHRC Bookshop.

What impact has two decades; worth of policing and counterterrorism had on the state of mind of Muslims in Britain? The Suspect draws on the author’s experiences to take the reader on a journey through British counterterrorism practices and the policing of Muslims.

Rizwaan Sabir describes what led to his arrest for suspected terrorism, his time in detention, and the surveillance he was subjected to on release from custody, including stop and search at the roadside, detentions at the border, monitoring by police and government departments, and an attempt by the UK military to recruit him into their psychological warfare unit.

Writing publicly for the first time about the traumatising mental health effects of these experiences, Sabir argues that these harmful outcomes are not the result of errors in government planning, but the consequences of using a counterinsurgency warfare approach to fight terrorism and police Muslims. To resist the injustice of these policies and practices, we need to centre our lived experiences and build networks of solidarity and support.

Rizwaan Sabir is a Lecturer in Criminology at Liverpool John Moores University in the UK. His research, which is focused on examining British counterterrorism, was motivated by his wrongful arrest and detention for suspected terrorism when he was found in possession of the Al-Qaeda Training Manual he downloaded for his postgraduate research. In addition to briefing policymakers such as the Shadow Home Secretary, the United Nations, civil society and community groups as well as lawyers, he offers analysis and commentary in the broadcast and written media including BBC News, Sky News, and Al-Jazeera.