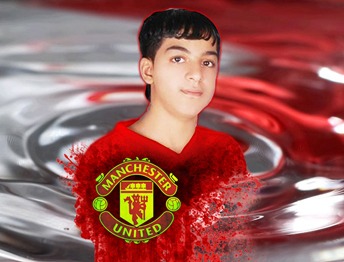 Despite considerable efforts being made worldwide to persuade the club to remember a fan shot dead by security forces in Bahrain, Manchester United Football Club have rejected proposals for a minute’s silence to be held before the Chelsea match on 8th May, 2011. IHRC is disappointed that the club would reject outright all of these proposals, when it has in the past obliged to remember the tragic circumstances where fans have been killed in the UK.

The bereaved father of Ahmad wishes to extend his thanks to all of those who chose to remember his son, and the plight of Bahrain, during the course of this campaign.

IHRC would also like to take this opportunity to thank all of those fans of Manchester United who have with kind words of condolence remembered, on their own chat forums, one of their own who was killed so tragically in Bahrain.

“ We need to remember that while Ahmad has become an icon, there are many other children that have been targeted by the Bahraini regime. While Manchester United have opted to not fulfil their social and moral responsibility towards one of their own fans, this would have still only highlighted a tiny fraction of the tragedy that is unfolding in Bahrain. I hope that Manchester United are going to have a change of heart on 8th May and have the one minute silence.”