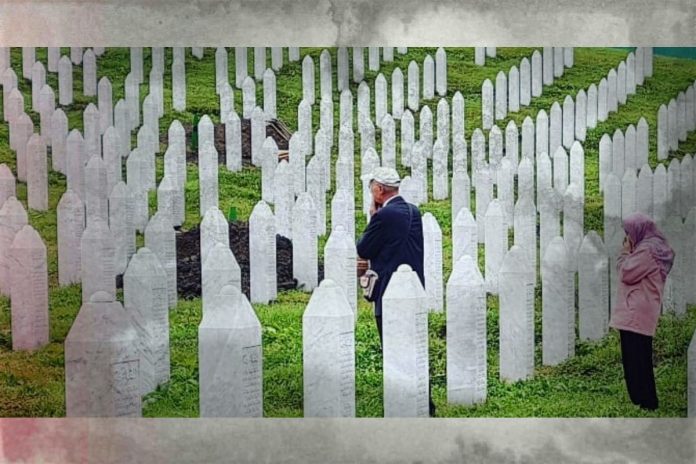 We have a few announcements for this month.

Join us tomorrow for our livestream of GMD. The theme this year is Starting Genocide: Demonisation

Watch the webinar with Professor Richard Falk on State Sanctioned Murder: Targeted Assassinations and Drone Attacks, chaired by Raza Kazim and with commentary from Massoud Shadjareh and followed by a Q&A. This webinar took place on 10 January 2021.

In Inter/Nationalism, Salaita argues that the seemingly disparate fields of Palestinian studies and American Indian studies have more in common than one may think and that American Indian and Indigenous studies must be more central to the scholarship and activism focusing on Palestine.

The Last Refuge: A True Story of War, Survival and Life Under Siege in Srebrenica / Hasan Nuhanovic

The Last Refuge is a powerful first-hand account of the barbarism of those years leading up to the massacre in Srebrenica; it is also a compelling, action-packed and pertinent story of the life of a refugee and survival and heroism on the frontlines of a bitter conflict.

The Struggles for Human Rights in Xinjiang / Roy Anthony Rogers

Report: ‘The Most Persecuted Minority in the World’ – The Genocide of the Rohingya

IHRC published a report in 2018 after collecting evidence from Rohingya refugees in Bangladesh regarding atrocities committed by the Myanmar army around August 2017. Click to view the full report.