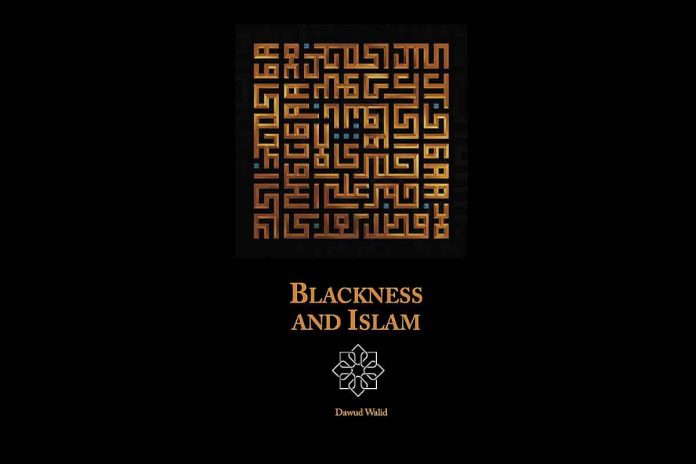 We have a couple of announcements that we want to share with you.

Algorithm, an imprint of IHRC, is delighted to announce the forthcoming book by Imam Dawud Walid, ‘Blackness in Islam’ which is available on pre-order. The book will explore blackness in the early Islamic traditions, looking at the black companions of the Prophet, peace and blessing be upon him.

Below are some suggested books that are currently in stock. For more books, click here.

Islam and the Blackamerican / Sherman A. Jackson

Sherman Jackson offers a convincing explanation of why Islam spread among what he coined, Blackamericans, compared to other groups. In fact, Jackson shows, none of the distinctive features of African Islam appear in the proto-Islamic, black nationalist movements of the early 20th century. Instead, he argues, Islam owes its momentum to the distinctively American phenomenon of “Black Religion,” a God-centered holy protest against anti-black racism.

Jackson says, it is essential for Blackamerican Muslims to reject an exclusive focus on the public square and the secular goal of subverting white supremacy (and Arab/immigrant supremacy) and to develop a tradition of personal piety and spirituality attuned to distinctive Blackamerican needs and idiosyncrasies.

Written by  Maria Isabel Sanchez Vegara. Illustrated by Brosmind. When he was little, Muhammad Ali had his bicycle stolen. He wanted to fight the thief, but a policeman told him him to learn how to box first. After training hard in the gym, Muhammad developed a strong jab and an even stronger work ethic.

His smart thinking and talking earned him the greatest title in boxing: Heavyweight Champion of the World. This moving book features stylish and quirky illustrations and extra facts at the back, including a biographical timeline with historical photos and a detailed profile of ‘The Greatest’s‘ life.

Presenting one of the most famous instances of rebellion in the history of slavery within the United States. After native Africans rebelled on the slave ship L’Amistad where they were being held captive, they took over the ship but were then recaptured by the US. After legal proceedings and defying the era’s politics they were eventually freed and returned to Africa.

In this book author Marcus Rediker reclaims the rebellion for its true proponents: the African rebels who risked death to stake a claim for freedom. Using newly discovered evidence, Rediker reframes the story to show how a small group of men won an epic battle against Spanish and American slaveholder governments. He reaches back to Africa to find the rebels roots, narrates their transatlantic journey all the while with a vivid description full of drama and emotion.

Watch a previous author evening with Habeeb Akande who discusses Blackness and Islam in Brazil.

Nigeria Report – Update of the 2016 Communication to the ICC Prosecutor

The Nigerian army carried out massive attacks over the course of the 12th and 13th December 2015 which targeted the Islamic Movement of Nigeria in Zaria. For more details, click to read the report.