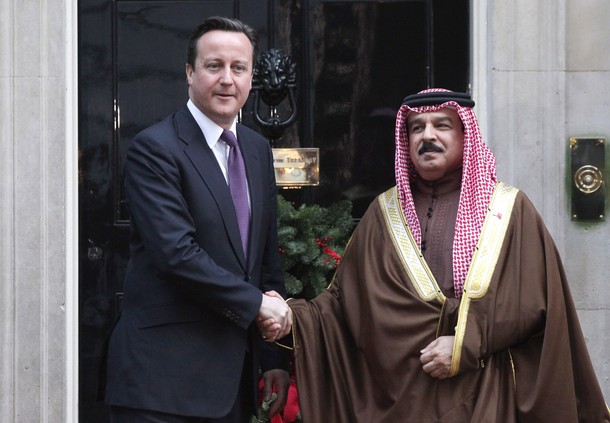 However, he said that the revolutionary forces in Bahrain are determined to push ahead with their protests and have turned into an undeniable force in the political equations in the region.

“The delegations’ objective is to prevent the [al-Khalifa] regime’s collapse. This is while the al-Khalifa regime had already failed and foregone [their] rule over the country when the occupying Saudi forces entered Bahrain back in March to suppress people,” al-Shahabi told al-Alam.

“For that reason there are no moral or legal grounds for the regime to continue [its rule],” he added.

Al-Shahabi said the delegations are in Bahrain to “impose their terms on Bahraini citizens” so that the people are forced to forget all the “crimes” of the regime.

However, he stressed that they are only “dreaming” as the Bahraini citizens “will not back down on their main demand that is the ouster of the al-Khalifa regime.”

Critics said after the visit the fact that Cameron did not refer to the regime’s crackdown on protesters shows London supports the status quo in Bahrain in line with its interests.

“They want the status quo to remain or if it is to change, change… so slightly so that their interest, whatever that interest happens to be, which is aligned to the Americans and so on, and their desire for power in the region is continued to be projected through this dictatorship via the King,” Raza Kazim, from the Islamic Human Rights Commission in London, told Press TV.