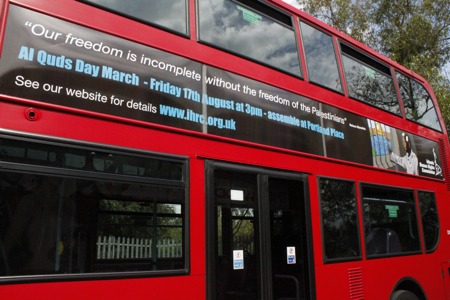 The Islamic Human Rights Commission has been using the city’s buses to draw attention to the continued suffering of people in the Middle East.

Some 450 buses across the capital have been emblazoned with messages from IHRC calling on people to support the struggle for justice in Palestine and Bahrain.

The messages are aimed at highlighting ongoing human rights abuses in the two countries.

The chair of IHRC, Massoud Shadjareh gave interviews to members of the press at a bus depot in Brent. Massoud was recently banned from travelling to the US because of his work on Human Rights and outspoken stance against US foreign policy. 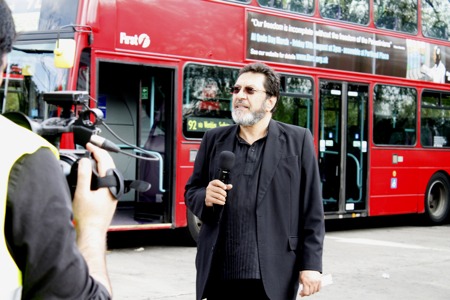 The Chair of IHRC said, “You can ban me from the US but we cannot be banned from campaigning on Human Rights and justice for all.”

IHRC would like to thank all of our friends and supporters who have offered their continued support to our campaigns for justice and human rights.

We are also calling for people to remember the citizens of Bahrain who have been subjected to decades of abuses and repression by the ruling family for simply demanding democratic reforms. 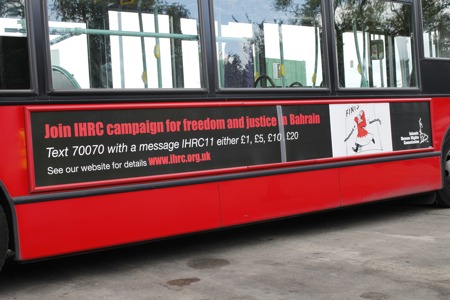 Al-Quds Day; one of the largest demonstrations in the Muslim calendar is set to take place this Friday that will see thousands from across the country coming together to show solidarity and ask for freedom and justice for Palestinians.

Similar demonstrations will be taking place across the world in solidarity with the oppressed in what has now become an annual event.  The UK demonstration organised by IHRC will see more than 20 organisations coming together on one platform to talk about the Palestinian cause.

Show your solidarity by joining us on the 17th of August for Al-Quds Day. 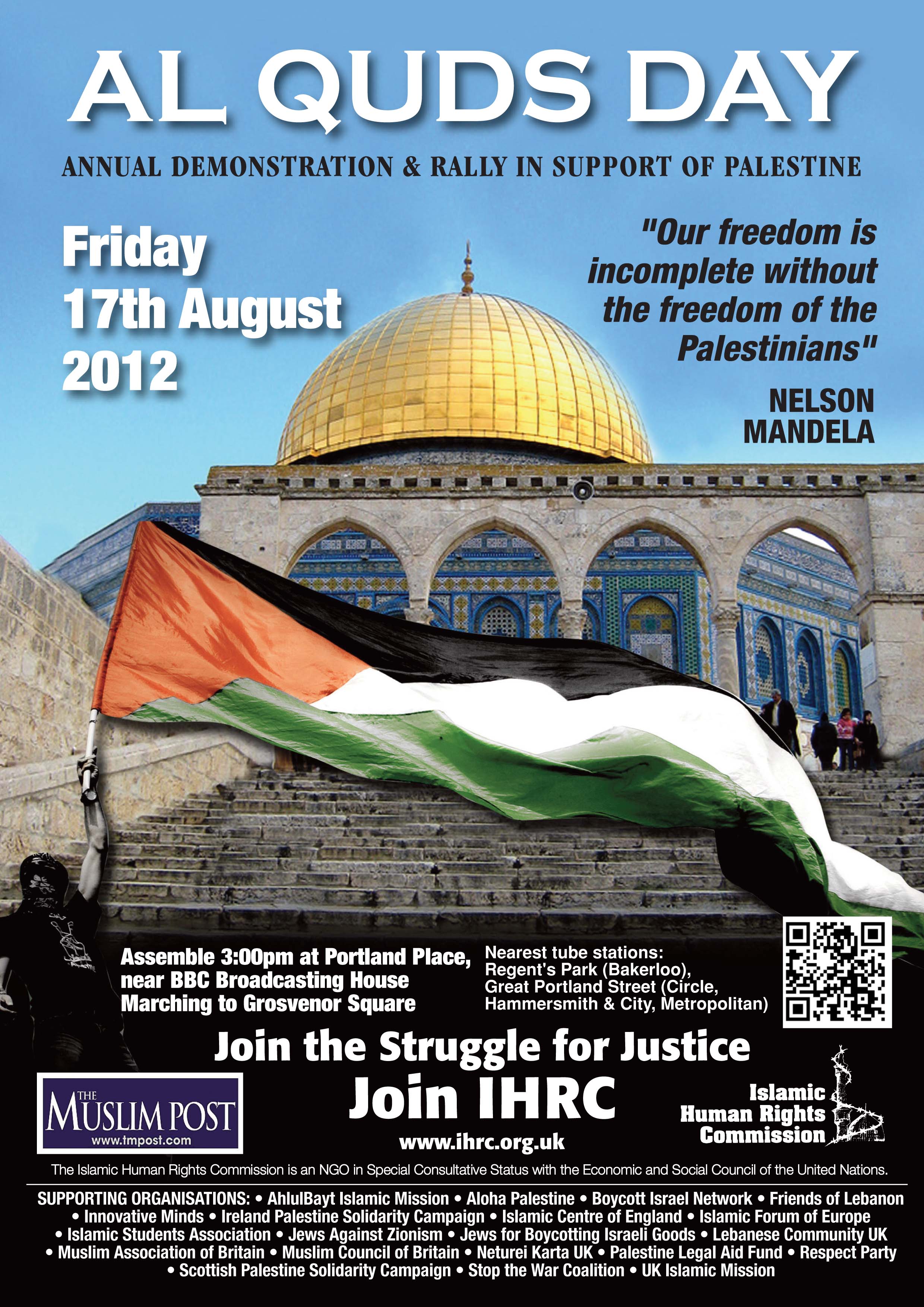