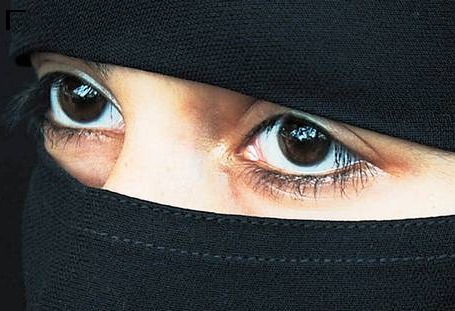 A Conservative MP says he will refuse to hold meetings with Muslim women wearing full Islamic dress at his constituency surgery unless they lift their face veil.

In an interview with The Independent, the Kettering MP said: “I would ask her to remove her veil. If she said: ‘No’, I would take the view that she could see my face, I could not see hers, I am not able to satisfy myself she is who she says she is. I would invite her to communicate with me in a different way, probably in the form of a letter.”

He said the vast majority of Muslim women wore dress allowing people to see their face and claimed no Islamic scholars or clerics said wearing the burka or niqab was a religious requirement. “It is not a necessity,” he said.

“I just take what I regard as a common sense view. If you want to engage in normal, daily, interactive dialogue with your fellow human beings, you can only really do this properly by seeing each other’s face.

“Seventy-five per cent of the usual communication between two human beings is done with personal experience. God gave us faces to be expressive. It is not just the words we utter but whether we are smiling, sad, angry or frustrated. You don’t get any of that if your face is covered.”

Mr Hollobone also railed against Turkey’s potential membership of the European Union. With David Cameron expected to visit the country this summer to endorse its attempt to join the EU, Mr Hollobone warned that Turkish membership would be “a disaster” because EU rules allowing free movement would encourage many Turks to move to Britain. “I could anticipate hundreds of thousands, if not more than one million, Turks heading our way. I am sure that the Turkish people are lovely people, but Britain is full up. We cannot cope with another mass wave of immigration.”

Mr Hollobone is to bring in a Private Member’s Bill to ban women wearing the burka or niqab in public and hopes that the French parliament’s decision this week to ban the wearing in public of the full-face veil will tip the balance in favour of similar bans in other European nations. “France is a large country, widely respected around the world. People will quite rightly sit up and take notice.”

Mr Hollobone’s Face Coverings (Regulation) Bill is due to have its second reading on 3 December but, as it lacks government backing, is likely to run out of parliamentary time.

“It is an issue that is not going to go away,” he said. “Sadly, the House of Commons is likely to prove itself out of touch with public opinion.”

He claimed that 95 per cent of the “hundreds” of letters, emails and phone calls he had received backed his measure and he had “quite a few” messages from Muslims saying they were embarrassed that women chose to cover themselves in this way.

Mr Hollobone added that British people often say: “when in Rome, do as the Romans do”, pointing out that women dressed modestly when in Islamic countries or wore a headscarf.

“They say that when women come to this country, they ought to adapt to our way of life. The Muslim population is growing across western Europe, as is Islamic fundamentalism. It is important to stress I am a respecter of Islam as one of the world’s great religions. I also respect the right of Muslim women to protect their modesty.”

Mr Hollobone said that such an incident had not happened yet and that he objected just as strongly to men wearing a full-face balaclava in public – which will also be outlawed by his Bill.

His stance goes further than Jack Straw, who caused controversy in 2006 by requesting that Muslim women lift their veil at his surgeries in his Blackburn constituency. Mr Straw sparked a national debate, saying he was worried about the “implications of separateness” and the development of “parallel communities”.

Last night Mr Straw said he did not agree with Mr Hollobone’s position. “I was seeking to generate a debate within a framework of freedom,” he said. “I see constituents wearing a burka on a regular basis. I don’t need to ask them [to lift it] and I see them regardless. About half agree and half refuse.”

Mr Hollobone admitted that “freedom of choice” was the strongest argument against his proposal, but said: “It is not an issue about different modes of dress. I am not seeking in any way to restrict the right of people to wear unusual clothes, for religious or other reasons. I have got absolutely no problem with a Sikh turban, a Mohican haircut or facial piercings. You can see their face and identify them. If [they] wear a full-face burka or niqab, you cannot see their face.”

However, Shaista Gohir, executive director of the Muslim Women’s Network UK, said: “He is just being pedantic and trying to fan the flames of intolerance. He would be failing in his duty as an MP.

“If someone has made an effort to come and see him and participate in a democratic society, he should take the opportunity to engage. He might learn from the process.

“Of course the veil has an impact on communication. You can [still] have a conversation.”

Arzu Merali, head of research at the Islamic Human Rights Commission, said the MP’s decision was a “worrying sign” and argued that everyone should have the right to expect non- discrimination and equality.

“We should be getting beyond this. These things should not be influencing you as a public servant,” she said.

The Kettering MP first hit the headlines over his unusually low claims for expenses. In the last parliament, he claimed under £50,000 a year – about a third of the average – and intends to seek even less under the new regime introduced after the May election.

“It is taxpayers’ money. It is important we try to keep the claims as low as possible. I am not claiming sainthood on this. I am not perfect,” he said.

Mr Holloborne, who wants Britain to leave the EU, admitted he would prefer a Tory Government to the present coalition with the Liberal Democrats but that Mr Cameron was right to enter it. He believes it has a “reasonable chance” of lasting for the five-year parliament.

What’s the difference between a burka and a niqab?

*The burka is a loose garment, worn outside the home, covering a woman’s whole body including her face which is hidden from view by a mesh of fabric.

*Politicians and commentators routinely use the word to describe all forms of full-face veiling, but a true burka is usually worn only in Afghanistan and some tribal areas of Pakistan – and is rarely seen in Britain.

*The most common form of full-face veiling in the UK is the niqab, an Arab style of dress that combines a full body covering with a veil that leaves just the eyes visible.

*Full-face veils are the most orthodox interpretation of purdah, a concept set out in the Koran to prevent women from being seen by men who are not their husband, father, brothers, uncles, sons or grandsons.

*Rules concerning clothing and purdah come under the broader notion of hijab, the Islamic concept of modesty which should be displayed by both men and women. While all Islamic scholars agree to the importance of hijab, there are widespread disagreements over how far women should go in veiling themselves. The Koran requires that women hide their beauty. But scholars disagree over which parts of their bodies this is referring to.